A LESSON TO BE LEARNED 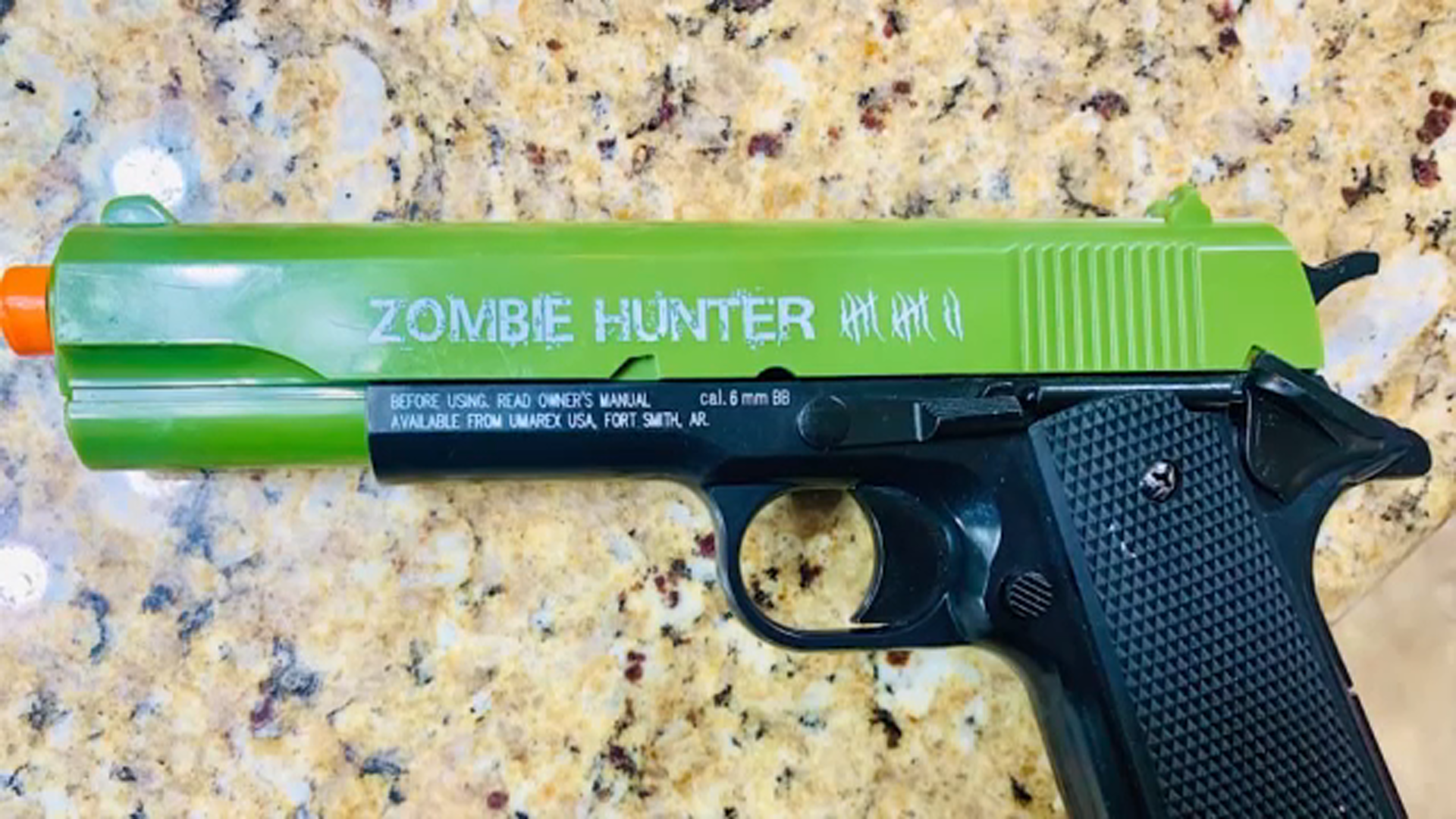 COLORADO SPRINGS, Colo. (KDVR) – A 12-year-old boy has been suspended for having a toy gun he never brought to school.

On Thursday, Aug. 27, the seventh grader was attending on online art class when a teacher saw Isaiah flash a toy gun across his computer screen. The toy in question is a neon green and black handgun with an orange tip with the words “Zombie Hunter” printed on the side.

The teacher notified the school principal who suspended Isaiah for five days and called the El Paso County Sheriff’s Office to conduct a welfare check on the boy without calling his parents first.

This is another case of schools using absolutely no common sense, usually to their zero tolerance policies.

The child was at home, the gun in question was a neon green gun that had Zombie hunter on it, and the child made no threat.

Schools are a place of academia but in a lot of cases short on common sense.

The teacher should have realized this child posed no threat, but if she did have reservations, then she should have contacted the principal.

The principal then in turn should have contacted the parents to discuss the incident with them.

The El Paso County Sheriff’s office should have never had to be contacted, however if they felt they needed to investigate, then why didn’t they contact the parents beforehand and not while they were on route to the house.

The child was also suspended for five days, for what? Inadvertently moving a toy gun from one place to another while on line learning.

The wrong person is being suspended, who should be suspended?? The principal, and who ever made the decision at the sheriff’s office to not properly inform the parents of what was going on, and their impending visit.

There was a lesson learned and that is what happens when you don’t use common sense.

Go to davincomedy.com, click live broadcast and you are there. Also check us live on our Facebook page too.