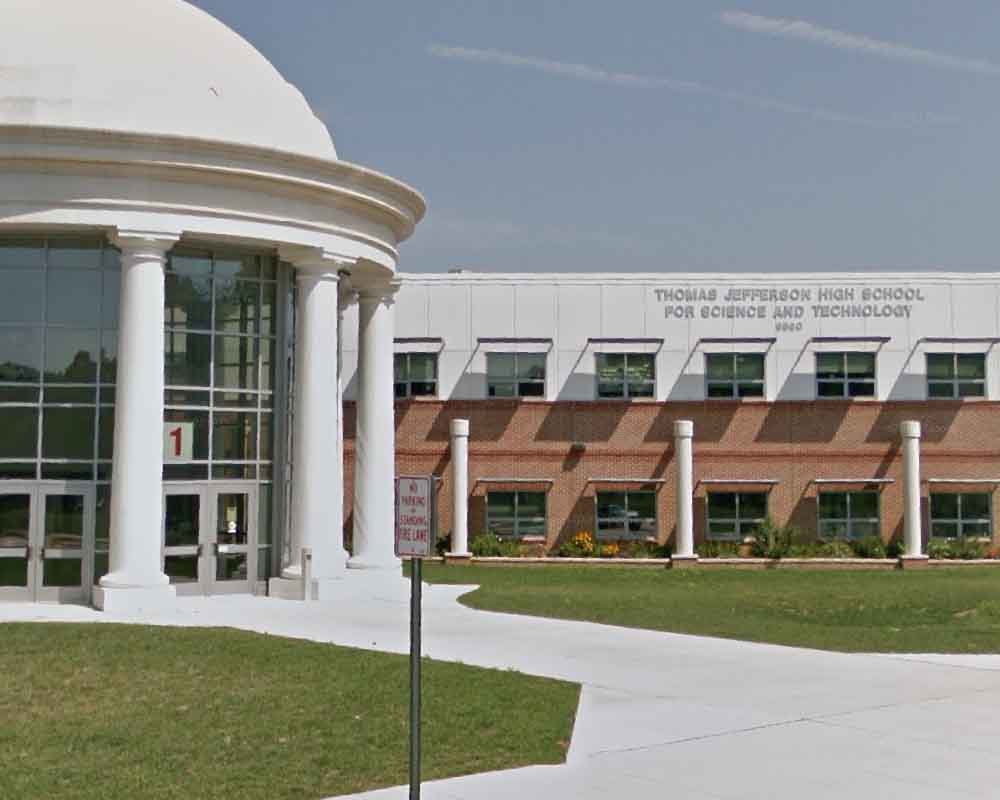 In an incredible story reported in the New York Post in December 2022, two administrators at the Thomas Jefferson High School of Science and Technology withheld notification of National Merit awards for several years.  The students, teachers, parents and potential colleges of the students were never notified that the students had won the awards.  The National Merit Scholarship Corporation sends the notification of the awards directly to the schools, so that they may have the honor of notifying students and planning whatever awards ceremony they choose – only in this case, incredibly, the school decided to keep the news to themselves.

In a misguided attempt to not make the other students feel bad, the principal, Ann Bonitatibus, and the director of student services, Brandon Kosatka, have been withholding the announcements of the awards. This has meant that the students who have taken the achievement test have not had this honor to add to their list of accomplishments when applying to colleges.

It appears that the school has been actively attempting to level out the achievements of the students in various other ways as well, choosing a philosophy of “equal outcomes for every student, without exception”.  They have also made policy decisions in order to lessen the amount of Asian students being admitted to the school and doing away with the merit-based admissions test, to encourage diversity.  Once in the school, they further attempt to level the playing field with practices such as giving students a 50% mark on tests just for taking the test, and disguising lack of achievement, such as not turning in assignments, by using vague notations in the grading records, rather than giving them a zero mark.

Parents discovered the issue when a student accessed an email account not usually used, and found that the Merit Awards had been issued, but no notification was made.  The principal instead received the awards, signed them, but gave them to teachers to put on the students’ desks a full two weeks after the notifications should have been sent to their colleges of choice.

This is an outrageous and egregious abuse of their authority on the part of the School Principal and Director of Student Services.  As a matter of fact, the Viriginia Attorney General is now investigating the school’s misconduct regarding the purposeful exclusion of a certain percentage of Asian school applicants, because their exclusion is based on lowering the percentage of Asian students rather than basing it on any sort of merit.

The racial discrimination of the Asian students is obviously wrong. What I want to focus on primarily is the whole culture being promoted at the school of waiving away academic achievement and ability in order to attempt to roll out a class of students of the same caliber.

It is impossible, and faulty logic, to think that stifling the achievement of the best students will somehow lift up the others to their level. The students who didn’t succeed in the Scholastic Aptitudes tests would not have their egos crushed by others winning awards.  This is the “everyone gets an award” thinking taken to its ultimate conclusion.

What is the point of practicing this type of coddling of the lesser-achieving students?  It certainly doesn’t help them to be prepared for the realities of life. Yes, hard work doesn’t always lead to reward, and life can be unfair.  However, scholastic achievement based on intelligence and study should certainly be rewarded.  Colleges and Universities should have been notified that the best students, already attending a prestigious school, are applying.

Dismissing the progress and hard work of the winners was a great disservice. They should have been given every incentive to continue to work hard towards their success.  It’s a good sign that the parents of some of the students cheated out of notification of their awards are raising awareness of problems at the school. It is an even better sign that the Virigina Attorney General is taking the issue seriously, and conducting an investigation. Just think of how having that on their transcripts could have tipped some students into a better college acceptance, and perhaps changed the trajectory of their lives? Perhaps some of the award winners will be discouraged that their hard work will not be worth it, with administrators undermining them.  It’s incredible that the leaders of such a prestigious school would even consider such a ridiculous plan.  This is what happens when people who try to make things inclusive lose their way, and lose sight of proper objectives.