CAN WE AND SHOULD WE SEPARATE THE ARTIST FROM THE ART? 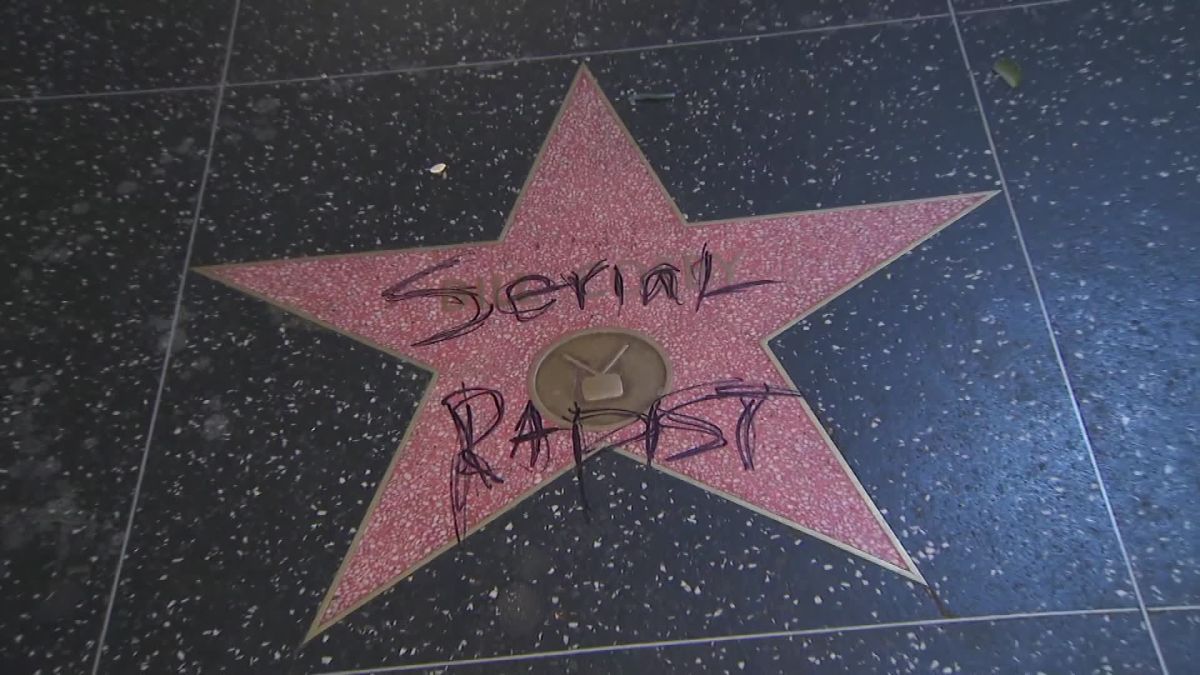 One of the stories we are covering on Davin’s Den this week is the question of whether the stars on the Hollywood walk of fame should be removed if crimes committed by one of the stars has been alleged and/or prosecuted and found guilty. In recent years, the court of public opinion has been weighing in directly on certain stars, by way of paint, magic marker or pick-axe.  Donald Trump’s star in particular has heavier police patrols, due to repeated vandalism by persons critical of the president. There are people who believe that once a celebrity has committed actions that cross a certain threshold of morality or legality, their star should be removed. This is part of a movement called “cancelling”.

The Cancel Movement is basically the idea that people who are no longer upholding legal and moral acceptable standards should no longer be celebrated for past achievements, particularly in the arts.  Fifty-six colleges and universities have revoked honorary degrees conferred upon Bill Cosby, after his prolific years of sexual abuse and rape were discovered and he was thrown into jail. Likewise, after Michael Jackson was accused of sexual misconduct with children, some radio stations refused to play his music.

I understand the reasoning behind wanting to remove association with someone who breaks laws, taboos and social mores. Who really wants to stand up and claim friendship with the newly discovered rapist?  “Oh, Fred?  Yes, he’s my pal.  Aside from all the raping, he’s a good guy.”  Cue everyone else backing away and ending eye contact.  By extension, who wants to be the one saying, “I don’t care how many children he fondled, I just love his songs!”

There are people who can separate the artist and the art at all times.  However, let’s pretend that instead of being an amateurish artist, that serial killer John Wayne Gacy was a brilliant painter.  Would we be able to gaze appreciatively at his “Still Life with Clown Noses” while fully knowing the atrocities he committed? Could you enjoy his use of color without recoiling in horror from the mental image of the bodies buried in his crawlspace?  I couldn’t.

By the same token, I recoil at the memory of the “Everyone’s Dad” character that Bill Cosby played, now knowing that at the same time, he was drugging and raping multiple women, and using his fame and public good will as a tool to lure them into a sense of security.  I don’t see a loving dad with his kids on that show.  I see a predator, and wonder how his wife could stand by him even after the evidence became clear.

But the current question is whether we should erase all evidence an artist’s achievements once they have fallen from grace, particularly on the Hollywood Walk of Fame.  It may be that once a reputation is tarnished by accusation of wrongdoing, even if not convicted of a crime, that the general public no longer has a soft place in their hearts for the artist.  I can’t watch Mel Gibson in a movie without intrusive thoughts of his racist diatribes ringing in my head.  I am unable to suspend disbelief, and enjoy the story.  When his character in the Lethal Weapon movies is acting crazy, I think, yes, Mel IS crazy, and anti-semitic to boot.  If confronted with his star on Hollywood Boulevard, I would be inclined towards spitting on it, rather than thinking back to the days when I thought he was handsome and talented.

But should the stars be removed?  It’s tough to say.   Most people do not want to believe in the darker natures of their heroes.  They’d rather enjoy the music and movies and not have to think too deeply about the people offering it up.  I understand.  It’s disillusioning as hell to have a favorite artist turn out to be a jerk, or much worse.  I’d be great to live in a little bubble where everything and everyone is nice and talented, can keep their hands to themselves, and doesn’t abuse their power over others.  But the fact is, I don’t live in that bubble, that world isn’t real, and I’d just as soon that we didn’t hold up people who rape and murder as heroes.  The stars on the walk are supposed to be an honor conveyed for hitting the height of their field of entertainment.  If OJ Simpson had a star there, would we want to keep honoring him as a football star even though he went on to become a well-known, completely unrepentant murderer?  Ok, an alleged murderer, acquitted of the crime.  *Cough* I would hope not.  Perhaps we should not be lauding artists for their artist accomplishments when they so thoroughly fail as human beings.  Like points taken away from Harry Potter’s Gryffindor for bad behavior, so the star should go for egregious crimes against humanity.