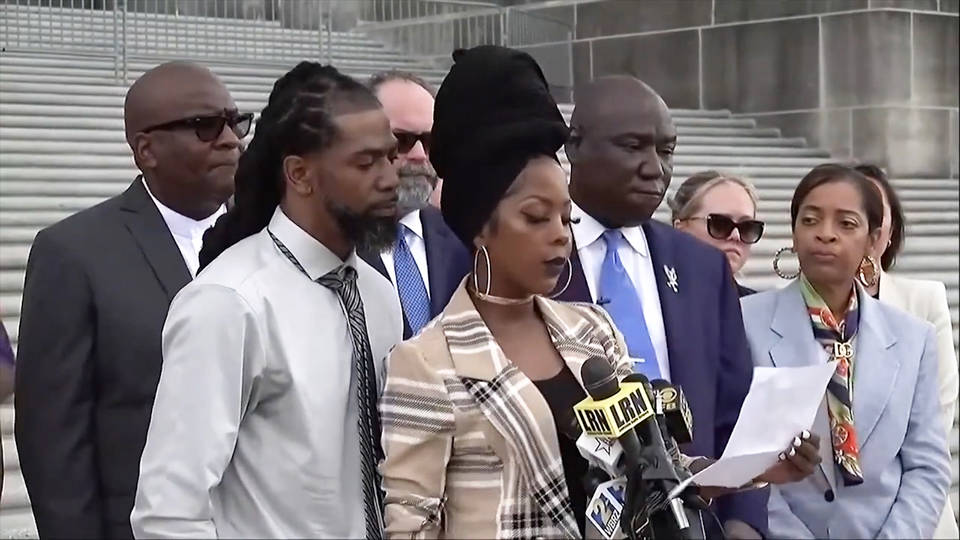 The GOP, the party of supposed limited governmental interference as a platform, has waged war on the women of this country by striking down Roe v. Wade, which was the catalyst for states to enact the most personal, private and invasive laws imaginable.  The “Trigger Laws” limiting abortion in many states have already begun causing incredible and cruel hardships for women.  The recent new story about the woman who would have been forced by Louisiana’s new laws to carry her unviable baby to term is just one example of the many hardships to come due to these laws.

The baby in this case suffered from a birth defect wherein the skull doesn’t develop, and the child would not survive long after birth. Since Louisiana prohibits an abortion, even in this incredibly sad case, the mother was forced to travel to New York to terminate the pregnancy.  Imagine the heartbreak and anguish for the woman to find out that her child would be born, only to die right after.  What is the point of the cruelty involved in a law that would demand such a thing to happen?

Imagine your wife, sister, or friend carrying a child that they were so excited about, only to be told that the baby is so tragically deformed that they won’t live.  Would you make her suffer by continuing to keep the pregnancy, mourning their child every day?  This is the exact reason that abortion should be allowed under certain circumstances, under a doctor’s care, at any point in a pregnancy.

If Republicans don’t agree with overreaching government, what could be more overreaching than climbing inside of a woman’s womb to determine what should or shouldn’t be going on it there?  Aren’t the women and their doctors more reasonable people to be making those decisions? Laws that ban abortion under any circumstances are far overreaching and are harmful to women’s physical and mental well-being.

Just recently, model Chrissy Teigen announced on social media that the baby that she and her husband anxiously awaited was lost during the 20th week of pregnancy, not due to a miscarriage as previously reported, but due to a medically induced abortion.  The child was also suffering from a non-disclosed birth defect that would have meant that it would not survive, but that it may also put Ms. Teigen at severe risk. “Fortunately” for the couple, there were no laws in place to make this medically necessary, if heartbreaking, procedure impossible.  Did they agonize over the decision?  Yes.  Was it the right decision?  To the mother, father, and the doctor, absolutely.  Why should ANYONE else be involved in that decision?

Other states have produced laws that make no exception to the ban on abortion for rape, incest or the well-being of the mother. How incredibly inhumane for the women. How unnecessarily cruel and unjust.  The same party that insists that every pregnancy be brought to term promptly forgets to give a shit about the needs of the mother and baby after the birth.  Once it’s out, it’s all your problem, miss.  Can’t feed it, it has incredible medical needs or you have nowhere to live?  Too bad, we cut those public program budgets to the nub, because people were taking advantage of them.  Once you give birth, you’re not our concern any more.

The entire Right to Life movement is a farce, based more on controlling women that caring about life.  If it was really about life, they would care about the physical and mental well being of the mother as well as the medically unviable fetus.  But that’s not really important, is it?