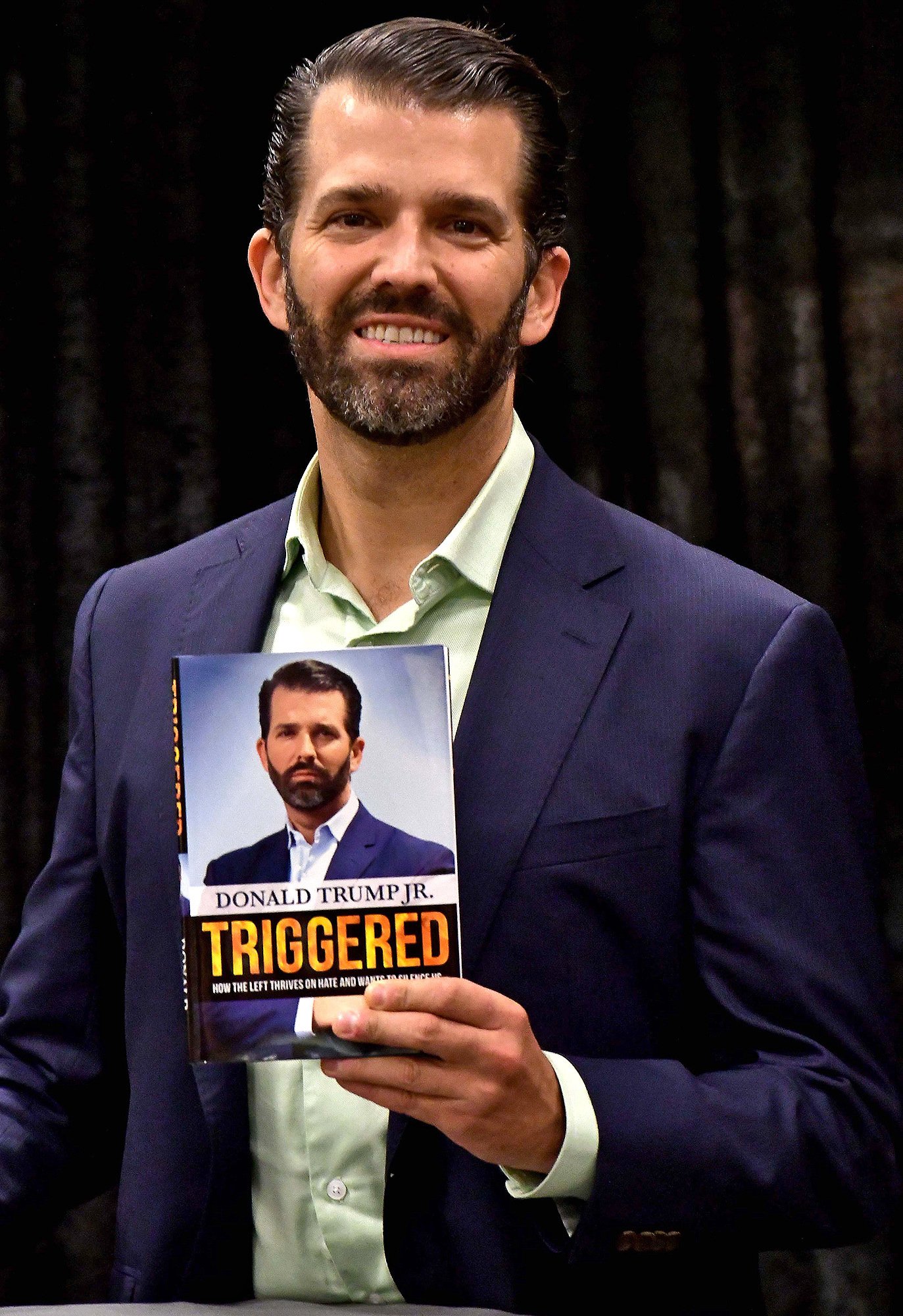 Donald Trump Junior drew scorn on social media as he asked his 4.1 million followers to “Trigger a Liberal” by talking politics at the dinner table on Thanksgiving.

He promised a prize such as a copy of his new book which was obviously a publicity stunt to sell it.

People are outraged that it encourages people to disrupt the thanksgiving table with politics.

To all the people that were not around before the internet, the holiday table was when you heard political issues discussed.

After the meal all the adults would sit during dessert and discuss all the current events including politics. This has gone on for years, and years. When I was a kid and into my married years this was one of the few times you would hear it discussed.

The reason it is out of favor now is because we get bombarded with political news from cable news outlets, the radio and the internet all day and all night long and it is nice to get a break.

Was it right for Trump JR to do it? Any rational person would take it as a tongue in cheek approach.

A lot on the left are upset by this that it is encouraging divide. Well those people are hypocrites if they did not speak out against Maxine Waters on her comments below;

Rep. Maxine Waters, D-Calif., said that members of the Trump administration should be heckled when out in public.

“If you see anybody from that Cabinet in a restaurant, in a department store, at a gasoline station, you get out and you create a crowd and you push back on them, and you tell them they’re not welcome anymore, anywhere.

So, what is worse, a little tongue in cheek suggestion to sell a book? Or starting harassment of officials while in their private lives across the nation in a public setting.

Go to davincomedy.com, then the Davin’s Den link and click live broadcast and you are at our holiday table