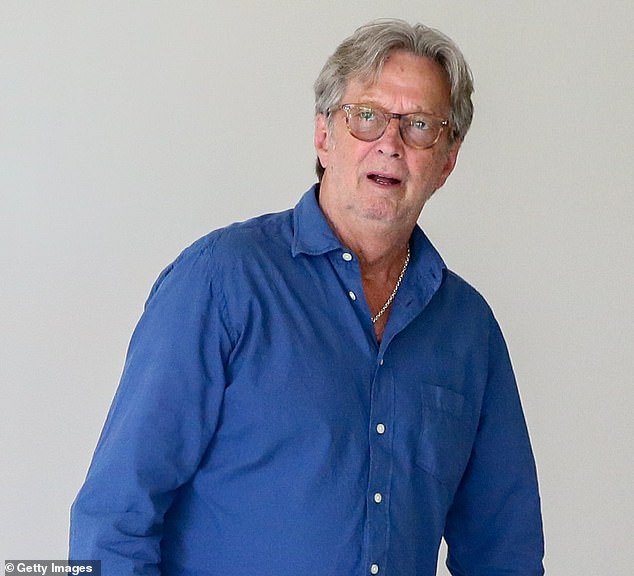 Eric Clapton has been pissing people off more than usual lately, but perhaps they should take a second look at this case before adding it as fuel to the Slowhand fire.

According to an article on Yahoo, a German judge sided with Clapton’s legal team in a suit against a German woman for selling a bootleg CD on E-bay.  The woman claimed that the CD was purchased at a department store by her late husband, and she was looking to get approximately $11 for it.  Someone alerted Clapton to the sale, and his legal team wrote to the woman with a cease and desist letter.  She continued the sale, and Clapton’s legal team sued and won.  Now the woman is on the hook for about $4000 in court costs and legal fees.

At first glance, I thought, wow, what does he do, sit and pour through the online sales looking for his own stuff, trying to catch widows looking to bag a whole $11?  How incredibly petty.  On top of his current anti-Covid-vax stance and some of his past behavior, this left a really bad taste in my mouth.  Why come after this woman over such a paltry sum, I wondered?

Well, there is more to this than meets the eye.  First of all, there is probably someone paid to monitor online sales and look for breaches of copyright, as the Yahoo article states that there are many instances in Germany of copyright infringement.  Since it is a larger issue, it’s no wonder that someone was keeping an eye out for such sales.  Certainly, Clapton himself is not on the lookout for one bootleg to pounce on.  It’s a bigger issue, and artists have every right, legal and morally, to protect their own work.

The other issue here is that although the online sale was probably set up innocently, as the average consumer would not think that a department store would sell unauthorized recordings, but it was the way the woman handled the notice that is problematic.  Allegedly, when Clapton’s lawyers wrote to the woman and told her not to sell the CD, she allegedly answered, “I object and ask you not to harass or contact me any further,” and also said they should “feel free to file a lawsuit if you insist on the demands.”

Alrighty then.  This woman basically said, “Come at me, bro.”  So, they did.  And she lost.

This wouldn’t even be a story if eyes weren’t already on Clapton for his dubious anti-Covid-vax stance, but due to the timing, the story has blown up.  I saw a headline online recently that said, I am paraphrasing, that Clapton’s legal team is second guessing their decision to sue the German woman.  Well, of course they are. What miserable public relations timing.  People are already grumbling about him teaming up with professional grump Van Morrison on a free us from the Covid-vax song, and his public stance against Covid vaccinations for concerts, and now he comes off looking like the Grinch, suing a woman over $11 and sticking her with $4000 in court costs.

But, as much as it pains me to say so, he’s not in the wrong here.  Did the legal team use a sledge-hammer to squash a bug?  Yes, maybe.  But she was warned, dug in her heels and double-dog dared them to sue, so they did. Copyright infringement is real.  It’s Clapton’s work, and she basically, however unwittingly, stole it.

PrevPreviousWhat Could She Have Been Thinking?
NextNo Maus in the School HausNext