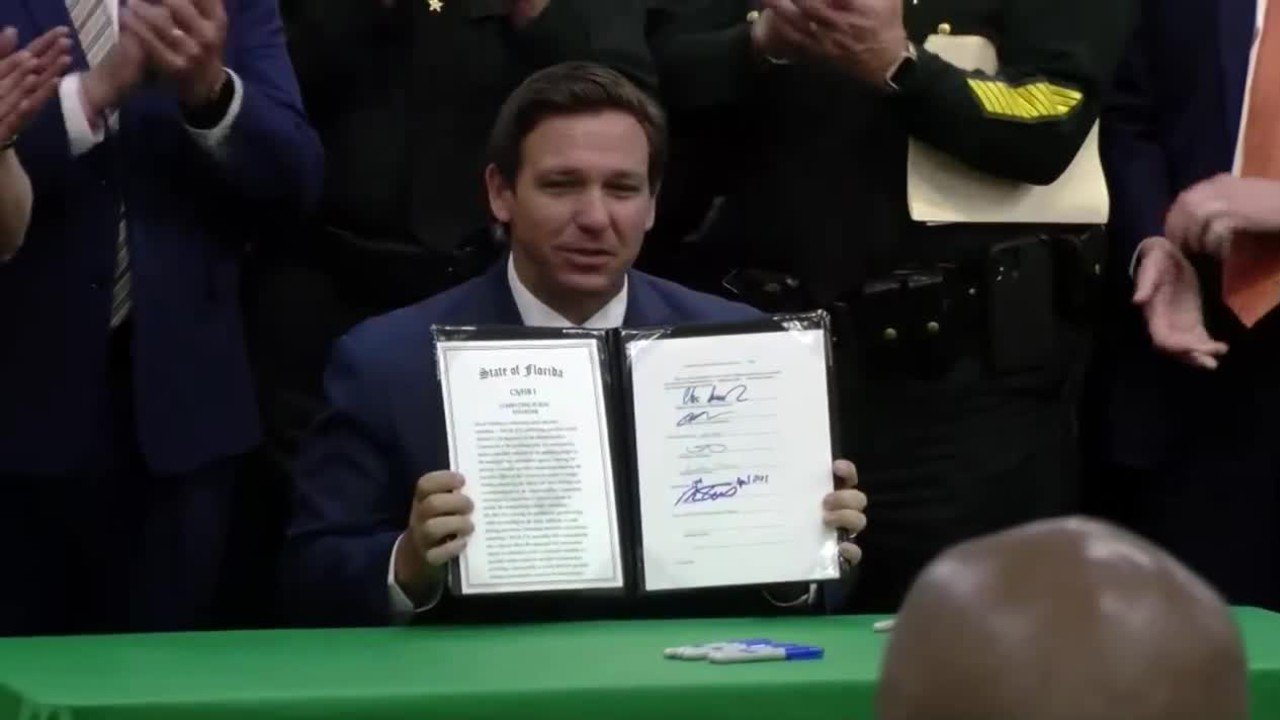 Florida Gov. Ron DeSantis (R) signed a controversial bill into law on Monday that critics say constitutes a direct attack on the First Amendment in the guise of combating “public disorder.”

Just before he signed the bill, DeSantis sought to justify his decision by painting an apocalyptic picture of burning cities and people in peril with law enforcement being told to stand down.

“We’re not going to let the mob win the day,” DeSantis said as he praised the bill’s specific protections for “all” of the state’s monuments — likely a reference to those honoring the Confederacy. Seeking to draw a contrast with Portland, Oregon, a Democratic-run city on the other side of the country, he added that “the state of Florida takes public safety very seriously.”

Good for Governor DeSantis, his point of not letting the mob win the day is commendable.

In the past several years we have watched cities being destroyed with rioters claiming that Black lives matter. How about the millions of dollars in damage in those communities that they cause? It not only does not justify their cause, but damages their message along with the property they destroy.

We have watched Democratic leaders validate this behavior from allowing police stations to be destroyed, city blocks being commandeered, and even joining them to deface a public road way.

Staunch democrats say it will have a chilling effect on free speech and non-violent demonstrations.

If you are demonstrating peacefully and not destroying property you are complying with the law, which if most of your martyrs did, they would still be alive.

If the Democrats feel so passionate about this, Governor DeSantis should cut a deal, have the rioters continue to destroy public property and the sate of Florida can send the Democratic national party the bill. I assure you they will change their tune.

We discuss it live on Davin’s Den Tuesday April 27th . go to davincomedy.com, click live Broadcast and you are there. You can watch us live on the Davin’s Den Face book page as well.

PrevPreviousJay Leno Apologizes for Decades of Jokes About Asians: ‘In My Heart I Knew It Was Wrong’