GEORGE SANTOS IS A LIAR 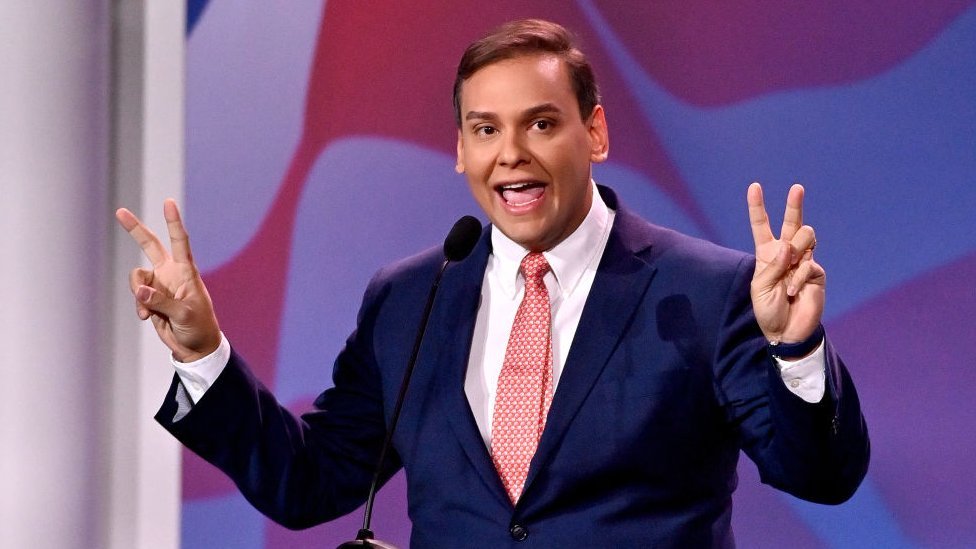 New York Republican Rep.-elect George Santos admitted on Monday to lying during his campaign about his work experience and education, according to reports.

Santos, who will represent a portion of Long Island in the House of Representatives, made the confession during an interview with the New York Post, though he insisted the lies would not stop him from serving his full two-year term as a congressman.

With just weeks until he takes the oath of office, Santos’ professional résumé and his religious affiliation have come under scrutiny.

He wrote in his campaign biography that his grandparents were born in Ukraine and escaped the Holocaust by fleeing to Belgium before fleeing again to Brazil, leading some to question whether he was in fact Jewish as he claimed.

And last week, the New York Times reported that claims made by Santos about being employed in the financial industry and working for Goldman Sachs and Citigroup could not be verified.

When questioned on all this he stated I am not a criminal, this [controversy] will not deter me from having good legislative success. I will be effective. I will be good.”

Yes, it will, you cannot hold office because you are a pathological liar. If it was one issue we could look away. There is a slew of issues he lied about from his education, to what schools he went to, his religion, family history, charities he has run his sexuality and the list goes on.

More than ever there is an issue of actions we have with politicians. I voted for Trump twice, I support his policies, and I would think he would do a good job if he was reelected. I cannot support him on the third go around as I can no longer support his actions as he has done nothing but shoot himself in the foot. And before he took office, we knew what he was and we knew his background and had sense enough to know a lot of the allegations against him were hit jobs. But that was 2016 and this is 2023.

If you know me on the show, I am the conservative part of the show, I live on Long Island and voted across the board on the republican ticket. I do believe in Santo’s policies but I don’t believe in him.  I have said we vote more on personality over policy but in this case its just too much here to unpack and if we don’t question the people in our own party who are we to question the ones on the other side of the aisle.

There are some people that are not seeing this. Larry Mendte who is a conservative broadcaster that was doing holiday fill in work on WABC was stating that Santo’s policies are rock solid and who cares if he lied. We need to care. If you lied on your resume and it was discovered before you were hired your job would be rescinded as your integrity can never be counted on.

I have said I do not expect my politicians to teach Sunday School, I need them to execute the policies that I voted them in for. But if they lied, that they taught Sunday School that’s another matter.

Go to davincomedy.com, and click live broad cast, or see us live on the Davin’s den Facebook page.