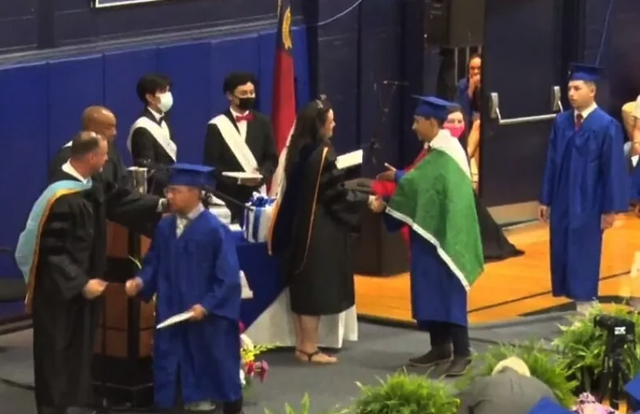 Now, in the issue of full disclosure dear reader, I was once a student.  Yes, despite what you may think from listening to our show, I was not only a student, but for a short while many moons ago, I was also a teacher.  Also, during the time between graduating and looking for my full-time classroom assignment, I was a substitute teacher. This gives me a slightly more nuanced look at the role of discipline and keeping order in a school than your average bear.

During my student years, as I’m sure everyone can nod in agreement, there were some real doozies as far as rule enforcement sticklers went.  Some of the teachers and administrators would treat the class/school like their own little dictatorship, and be so rigid about enforcing rules, whether they made sense or not.

I had an algebra teacher, Mr. Quinn, who said that every test paper, passing or failing, had to be brought home and signed by a parent.  If you didn’t have that test paper back in school the very next day, you got detention, no excuses.  I get it, he wanted the parents to see what their kids were doing in school, so he didn’t get phone calls from shocked and livid parents after report cards went out.  However, my father worked at night Sunday and Monday nights, so when I got 100% on a test on Monday and didn’t wake him up to sign it Tuesday morning, I was still made to sit in detention after school.  (My Dad went into school the next day and read Mr. Quinn the riot act over that one, and I had an extra day to get my test signed if need be after that.)  The point of all this being that sometimes, being that rigid isn’t in anyone’s best interest.

In the story we will cover for the show, the stickler for rules is the Principal of a high school.  A male student wore the Mexican flag over his graduation gown at the ceremony, and was denied his diploma for “breaking the dress code”.  The only way he can get his diploma, according to this little dictator, is if he apologizes.

Ms. Crooks emailed the students before the event and told them the expected dress code, but it did not include a ban on wearing anything over the gown.  Nor were flags banned, as several had flags on their mortar boards (the caps worn at graduation) and stoles.  Teachers saw the student, Ever Lopez, wearing the flag before going up for his diploma.  The administration says that the problem is that they felt that it distracted from the solemnity of the event.

Shouldn’t graduations also be celebrations of an achievement?  Ever Lopez was the first in his family to graduate from high school in the US, and he was showing his pride for his heritage at the same time as embracing his new achievement in his new country.  Now the school is going to arbitrarily decide that he broke the rules (he didn’t), and he will have to beg for his diploma?

I get flashbacks to Mr. Quinn while reading this story, making me take detention for breaking an arbitrary rule while having achieved what was expected.  What is being accomplished by lording their power over a student who has done everything else expected in order to attain his goal?  In my case, I got a rare 100% on an Algebra test, yet the memory of that is completely ruined by having been punished for an arbitrary show of power on the teacher’s part.  In Ever Lopez’s case, his graduation from high school memories will be forever marred by this power play on the part of the principal.  Kiss the ring for your indiscretion, or no diploma for you, upstart.

I understand that the school would like to preserve a certain dignity regarding the celebration, and not have the graduation ceremony start looking like Nascar with flags and slogans and whatnot all over the gowns.  If this is the case, specify that going forward, and deal with the issue beforehand.  Punishing this student for his pride in his heritage and his achievement is not proving any point other than just how petty the administration can be.

All in all, you’re just another brick in the wall, indeed.