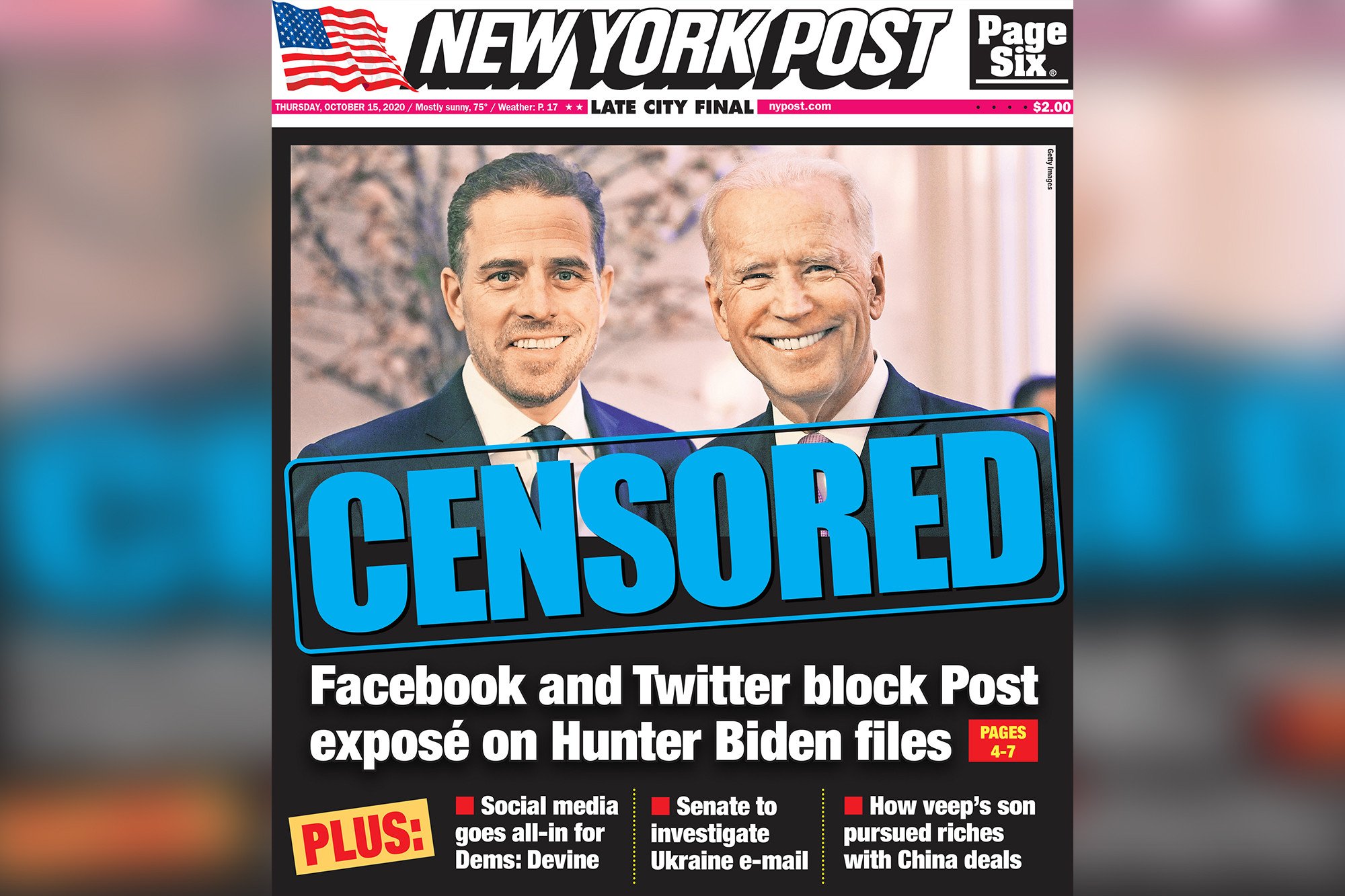 Hunter Biden introduced his father, then-Vice President Joe Biden, to a top executive at a Ukrainian energy firm less than a year before the elder Biden pressured government officials in Ukraine into firing a prosecutor who was investigating the company, according to emails obtained by The Post.

The never-before-revealed meeting is mentioned in a message of appreciation that Vadym Pozharskyi, an adviser to the board of Burisma, allegedly sent Hunter Biden on April 17, 2015, about a year after Hunter joined the Burisma board at a reported salary of up to $50,000 a month.

Around all this is the alleged lap top of Hunter Biden that was seized by the FBI after they were alerted by the repair shop that had it and was never recovered.

Before turning over the gear, the shop owner says, he made a copy of the hard drive and later gave it to former Mayor Rudy Giuliani’s lawyer, Robert Costello.

Steve Bannon, former adviser to President Trump, told The Post about the existence of the hard drive in late September and Giuliani provided The Post with a copy of it on Sunday.

Less than eight months after Pozharskyi thanked Hunter Biden for the introduction to his dad, the then-vice president admittedly pressured Ukrainian President Petro Poroshenko and Prime Minister Arseniy Yatsenyuk into getting rid of Prosecutor General Viktor Shokin by threatening to withhold a $1 billion US loan guarantee during a December 2015 trip to Kiev.

“I looked at them and said: I’m leaving in six hours. If the prosecutor is not fired, you’re not getting the money,” Biden infamously bragged to the Council on Foreign Relations in 2018.

Shokin has said that at the time of his firing, in March 2016, he’d made “specific plans” to investigate Burisma that “included interrogations and other crime-investigation procedures into all members of the executive board, including Hunter Biden.”

Unpacking thus we find that Hunter Biden may have been part of a quid pro quo involving his father when he was Vice president. When ever you bring up this fact for debate the argument is that they found no wrong doing.

There was no wrong doing?? How does someone with no experience get put on the board of a company such as Burisma for a salary of fifty thousand dollars a month, A MONTH!!!!

Also add to the fact that even though a major New York paper is reporting this story of these allegations two major social media platforms refused to let the story be posted on their platforms.

Facebook posted  While I will intentionally not link to the New York Post, I want be clear that this story is eligible to be fact checked by Facebook’s third-party fact checking partners,” tweeted Andy Stone, a spokesman for Facebook. “In the meantime, we are reducing its distribution on our platform.”

Who is Facebook’s third-party fact checkers? Do they understand that it is stated as allegations in the story and the fact checking will be done by the FBI if this moves forward? This is nothing more than censorship on the part of   Facebook and twitter.

Moving on to Steve Bannon and Rudy Giuliani, this laptop issue just seems to crop up three weeks before the Election? The how’s and why’s need to be addressed on the laptop and the planned release of this information.

We discuss this live on Davin’s Den this Tuesday October 20th 6:30-9:30 est. go to davincomedy.com click live broadcast and you are there. join us live on the Davin’s Den Facebook page as well.