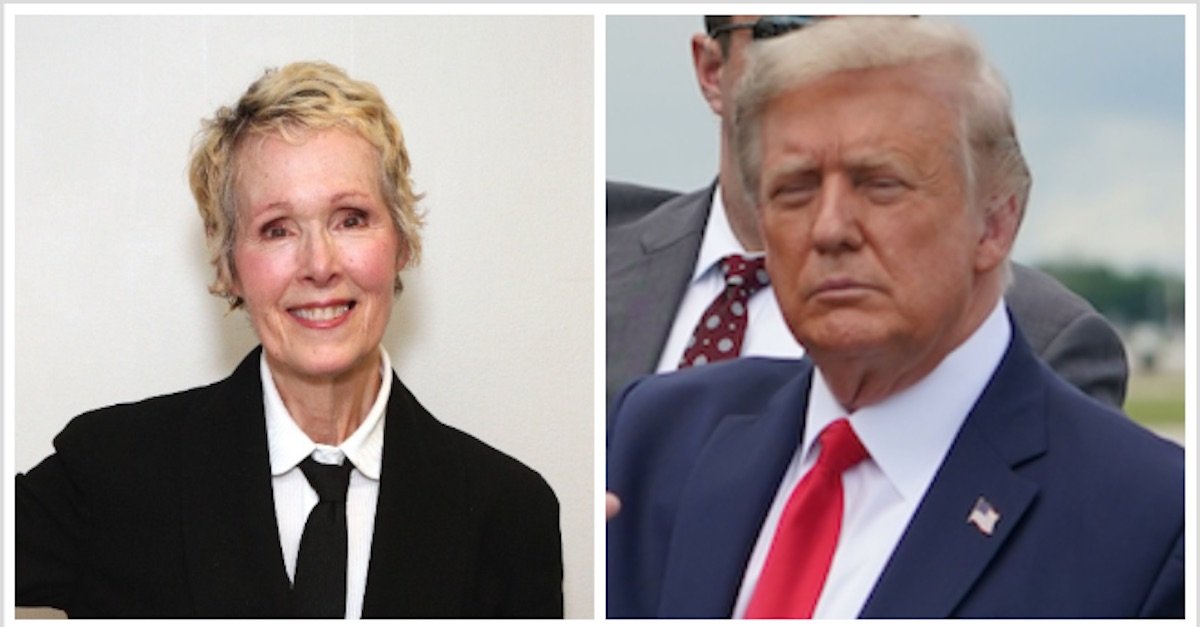 Former President Donald Trump urged the District of Columbia’s highest local court to adopt his argument that he was acting in the interests of the American people when he made allegedly defamatory remarks while denying a rape claim by New York author E. Jean Carroll.

Trump claimed his rape accuser made this all up and was accusing him to sell a book. Trump’s legal argument is this is allowed because he was making these allegations within the scope of his federal employment. It was argued in court that a president must maintain the trust of the American people in order to fulfill the obligations of his job.

The Biden administration is backing this legal argument citing prior case law. Federal workers are protected from civil lawsuits if the offense is committed within the scope of performing official duties.

So Trump and the Biden administration believe they should be able to lie to the American people in order to maintain the trust of the American people. Please lean in very closely, HALF THE POPULATION DOESN’T BELIEVE WHAT THE PRESIDENT SAYS ANYWAY!!!!  The trust ship left a long time ago and it has been replaced by blinding partisanship.

The legal argument is in order to maintain trust a president should be allowed to lie. Does that make any sense? With today’s media and well imbedded sources it is very hard for a lie to stay hidden. The lies almost always get found out and once found out further degrade trust. Did anybody lie more than Donald Trump? Did people believe him? The really dumb ones I suppose but even his supporters were reduced to twisting themselves into knots in order to explain the whopper of the hour. Anybody else still waiting for Mexico to pay for the wall? Hillary to be locked up? That beautiful health care package that he has? The guy campaigned as a liar and only increased his lies as he went along. If we had a person for every lie he said maybe he would have had a bigger crowd than Obama.

We are supposed to accept that a president can defame a private citizen in order to maintain the trust of the public? That citizen has no recourse? They just have to take it?  As if the president is a king?

The founding fathers most certainly did not what a monarchy. I highly doubt they would have wanted a head of state so protected that a law was created to essentially make sure they are above the law…for the good of us, the American people.

Trump didn’t have to lie. He could have said no comment. He could have said I deny the allegations and I will be vindicated in court. He could have done that but he did not. He went on to accuse the woman of doing this for a money grab. He essentially called her ugly. I must say I don’t feel like that was done on my behalf. I certainly did not trust him more as he went on the offensive and attacked her in public.

I can’t believe Bill Clinton’s lawyers did not win with this during the Lewinsky debacle. And really don’t we have a history a tarnishing a woman when an allegedly lecherous president gets accused of assault, or rape, or infidelity?

Here is how I will trust my president whether he is left, right, or whatever, tell the freaken truth! The truth shall set you free…unless of course you are a president…then lie so the law can set you free.