Jay Leno Apologizes for Decades of Jokes About Asians: ‘In My Heart I Knew It Was Wrong’ 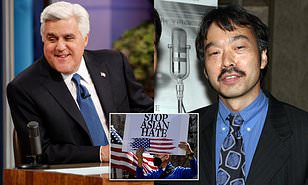 Late-night host and comedian Jay Leno has issued an apology for a series of jokes told over his career targeting Asian communities.

The apology comes after a nearly 15-year campaign from the activist group Media Action Network for Asian Americans (MANAA) for remarks as recent as Variety‘s 2020 report that Leno cracked about Koreans eating dog meat — a complaint that offended numerous players on the set of NBC’s “America’s Got Talent.”

“At the time I did those jokes, I genuinely thought them to be harmless,” Leno said in a joint press release with MANAA leader Guy Aoki. “I was making fun of our enemy North Korea, and like most jokes, there was a ring of truth to them.”

Leno continued, “At the time, there was a prevailing attitude that some group is always complaining about something, so don’t worry about it. Whenever we received a complaint, there would be two sides to the discussion: Either ‘We need to deal with this’ or ‘Screw ‘em if they can’t take a joke.’ Too many times I sided with the latter even when in my heart I knew it was wrong.”

In light of that, Leno said, “I am issuing this apology. I do not consider this particular case to be another example of cancel culture but a legitimate wrong that was done on my part. MANAA has been very gracious in accepting my apology. I hope that the Asian American community will be able to accept it as well, and I hope I can live up to their expectations in the future.”

Jay Leno, is one of my idols, I have been a big fan for decades. He shares my Scotch Italian heritage and my love of cars, and he is one of the reasons I wanted to be a comedian.

I am deeply disappointed in his decision to apologize. The jokes he made were at the time were accepted and not made at the Asian communities’ expense, but at the North Korean’s expense.

Leno issued his apology to keep his job on the game show he hosts, You bet your life.

He doesn’t need the money and I wish he had stood his ground.

I wish Mr. Leno pointed out that the Virus originated in China and it is China’s fault. Not the Asian American’s fault, but China’s fault!

They also bring up that the lone gunman killing eight people at three spas in at Atlanta. Six were Asian. The gunman claimed the killings were not racial, but from a sexual addiction. And the reality is that most women that work in these places are Asian women, and in some cases are part of Chinese sex trafficking rings. How come this Asian group is not asking for an apology from them?

As for hate crimes committed against Asians, a lot of these crimes are committed by thugs of color not by a former tonight Show host.

The cancel culture is a Cancer culture who look to silence any one in their cross hairs that do not agree with their narrative. They are the enemy with in, and should be handled like any enemy combatant.

When they start coming after the general public and not just celebrities, maybe people will understand how dangerous they are. They are causing animosity between ourselves and destroying free speech in the process.