NBA: All teams will play national anthem ‘in keeping with longstanding league policy’ 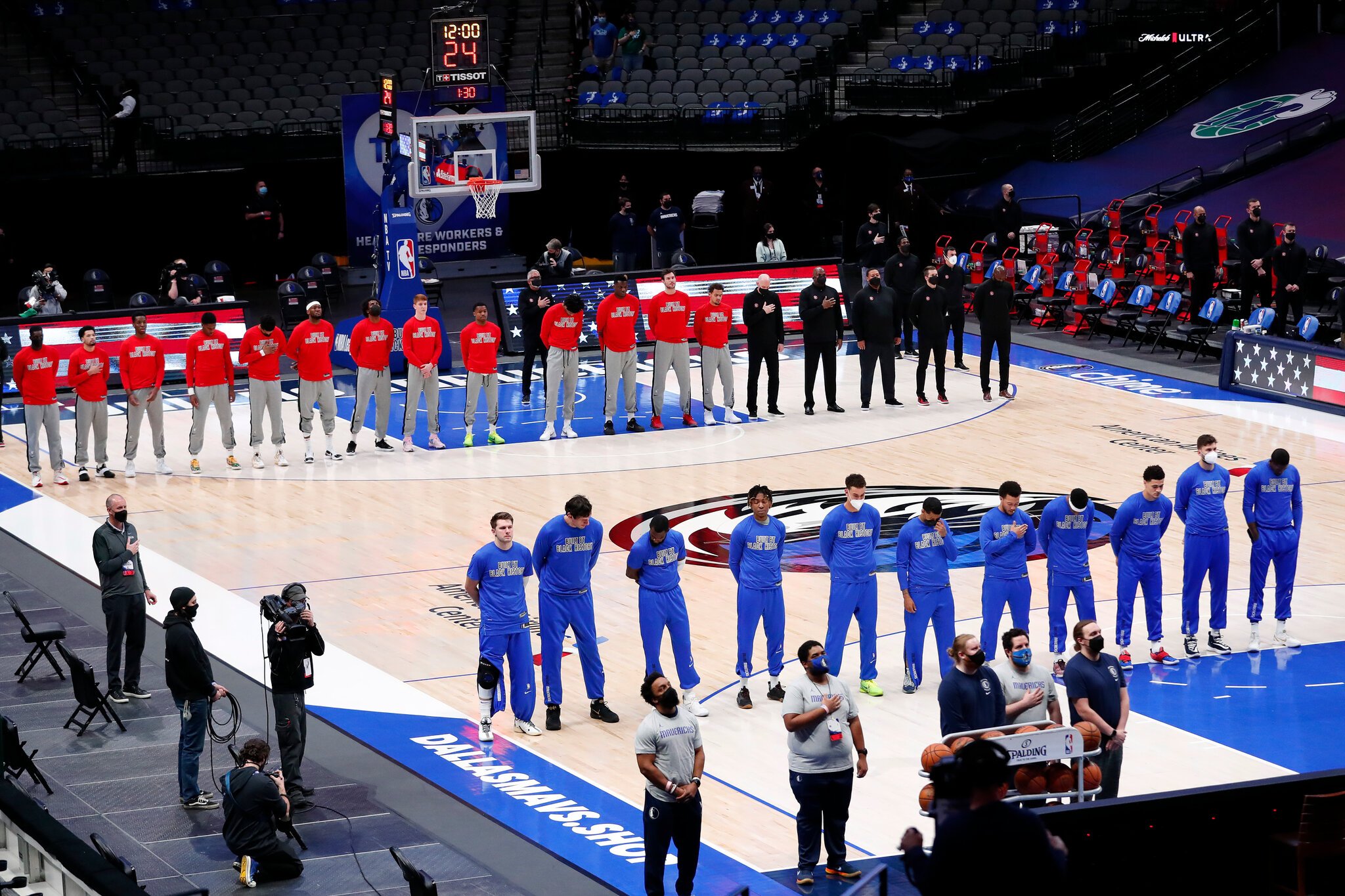 One day after it became known that the Dallas Mavericks would not play the national anthem before their home games, the NBA said all teams would be forced to play it.

“With NBA teams now in the process of welcoming fans back into their arenas, all NBA teams will play the national anthem in keeping with longstanding league policy,” NBA chief communications officer Mike Bass said Wednesday afternoon in a statement.

Cuban told host Rachel Nichols: “We have no problem playing the national anthem at all. I stand for the national anthem, my hand is always over my heart, we’ve supported the National Flag Foundation and done work with them. That isn’t the issue at all. The real issue is, how do you express the voices of those who feel the anthem doesn’t represent them, or causes them consternation?”

The anthem represents us all, and for anybody having any feeling of anxiety or dismay over the song their feelings are unwarranted.

Yes, we are a country that have our issues, and we always will. for the one minute and fifty-nine seconds that anthem plays, it is a moment to pause, and celebrate that we live in a place where we have the opportunity to fix these issues. As much as liberals like to complain about the anthem, the one thing they always talk about is hope. The very song they rally against is a song about hope.

And not playing the anthem is not good for business. When the fans were returning to see the Mavericks play and the anthem was not played it became an issue.

It is refreshing that the NBA has taken a stand and will play the anthem as I feel that watching over paid sports stars who make more in a season that I will make in a life kneel because of injustice.

This country has afforded them the opportunity to be millionaires and live the American dream.

If these stars are so offended, let them go play on the teams from china, North Korea, Venezuela and others with no human rights.

If you want people to kneel, have the Mom that lost her son to gang violence kneel, that has been raising her children with no father, that has been watching drugs destroy her neighborhood, that doesn’t feel safe getting to work because of the crime in the neighborhood. That worries about their children’s education in school system poisoned with bureaucracy.  Who year after year has activist and politicians that promise them change and make them feel like the victims and never deliver but instead use felons who resist the police as martyrs.

As Davin always says, we need to do better. That anthem is the pause that celebrates that opportunity. As it gives us the hope.

When that song plays, don’t look at those players kneeling, look at that Mom and let her know we will do better.

We discuss this live and more on Davin’s Den This Tuesday the 16th 6:30 to 9:30 est. go to davincomedy.com, click live broad cast and you are there. Or go to the Davin’s Den Facebook page and see us live there.