NO CLOWNING AROUND THIS HALLOWEEN 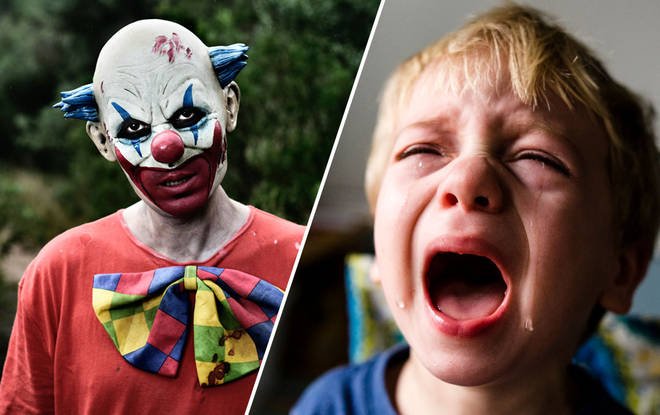 At my daughter’s middle school they are allowed to wear their costumes on Halloween. I think that is really cool. It’s a fun holiday and unless it is a religious day for you it really is all about the kids.  However, there are some guidelines as to what the kids can wear. Actually there are a lot of guidelines. Some of them I understand but others I think are just silly.

Costumes may not resemble a religious preference. I could have sworn people use to go as nuns and priests. I don’t remember anyone getting offended.  I think some people aspire to be members of the clergy. Who would really complain if a kid came in as a nun?  Still if we are trying not to offend anyone I get it.

Props including plastic swords, guns, wands, bows, arrows, etc. are not permitted.  In my day you could bring toy guns and toy knives to school. Still with all the shootings in school I understand why they don’t want weapons. Last thing you need is an unfortunate mistake with a deadly outcome. However, there is something on this list that I can’t agree with. Wands. Wands? Why not wands? Because they are “weapons” in Harry Potter? Nobody has ever accidentally been shot because they were waving a wand around and threatened to turn someone into a frog.  Is Bippity Boppity Boop the same as go ahead make my day?  Is Expelliarmus the same as say hello to my little friend? I think not. Harry Potter is literature and now a part of our culture. Every wizard or witch needs their wand. Nobody wants the magic taken out of Halloween.

No costumes that are overly scary. What does that even mean? Who determines what is overly scary? Does that mean you can go as Dracula but he can’t have fangs? He doesn’t want to suck your blood. He would just like to gently gum you.  You can go as a ghost but only Casper because he is friendly. You can go as Rudy Giuliani but only when he was America’s Mayor. You can’t go as the current incarnation because his crazy babbling is too scary. It shows what the ravages of time and a desire to be close to power can do to a person.

No clown costumes. None. Zero. Zilch. Not Bozo. Not Krusty. Definitely not Pennywise. I get some people are scared of clowns but I would think the overly scary portion of the rules would cover a clown with sharpened teeth with a taste for children. Why no Bozo or Krusty or any old clown?  Clowns are meant to bring joy. People hire clowns for kid parties to this very day. If you said no KKK costumes I’d be with you. They are inherently evil but clowns are not.  Besides any kid worth his salt can outrun anyone wearing big floppy shoes. Is it the bright red nose? Then stay away from Rudolph and many of my friends on St. Patrick’s Day.

Let kids come as clowns. Many people love clowns. If you want to ban someone wearing too much whiteface then ban mimes. Those silent freaks are creepy. We get it you are stuck in a box. Too bad you can’t yell for help you little freak.

I get that we want a Halloween that is safe and everyone can enjoy. However, let’s not sanitize it so much that the kids would just prefer to come as students instead of wearing a costume. They get to do that every other day of the school year. Let’s see what their imagination brings us.  Besides being scared once in a while is ok. Being exposed to ghouls and goblins is fine. It is why I let Joe and Pip come over. My daughter has been exposed to them for years so no zombie with brains on their breath is going to scare my kid. I’m guessing your kid can handle it too.