NO GUNS FOR YOU 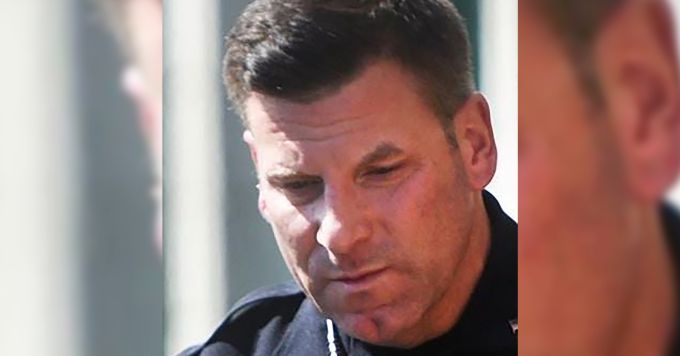 Sometimes, the weak spots in a law are not clear until a situation comes up that brings them into focus.  Currently, there is a case of a police officer charged with felonies, yet still being allowed access to firearms, which points out such a flaw in the law.

Ronald Letendre, former police officer in Dover, New Hampshire, was fired from his job and charged with a felony for allegedly keeping a portion of confiscated drugs, as well as “multiple violations of department policy”.  While on bail, the judge in the case has ruled that he is allowed access to his firearms because they are needed in the course of his employment.  The article did not specify where Letendre was employed currently, but another report from December 11, 2020 stated that he needed his gun and security clearance for a prospective job.

Prior to the incidents at the Dover police department that resulted in his termination and felony charge, Letendre was involved in a domestic violence incident with his now estranged wife.  At the time, his wife alleged that her husband was the aggressor, and had broken several of her ribs.  It should be noted that Letendre has been a mixed martial arts fighter in the past.

The county prosecutor said he couldn’t remember another case where a person charged with a felony was allowed to access firearms or ammunition.  I’d venture to say that there’s a good reason for that. Although Letendre has not been convicted of a felony, and the domestic battery charges against him were dropped, a reasonable person could say that there are clear reasons why this person should not have access to weapons while out on bail.

It seems that he is getting access to his firearms when other alleged felons would not, which smacks of favoritism.  The employment that would require him to have access to firearms has not yet even been procured.  In the current situation, should he not be asked to get a job that doesn’t require firearms?  Also, he has to get security clearance for this position.  How is that going to happen when he has just been dismissed from the police department on the charges of improprieties and is out on bail on a felony charge?  Seems like he would be the least likely candidate for such a job anyway.

The last reason that this person should not be extended the ability to use firearms is due to his history of domestic abuse.  History has shown repeatedly that domestic abusers with access to guns are much more likely to kill their victims.  The wife in this case asked for a protective order, but has since allowed the husband weekly access to the children so they can attempt to co-parent.  It doesn’t seem like the right call to err on the side of giving Letendre access to firearms when others in his situation would not be allowed the same, when he has such a history of violence and poor judgement.

I hope that the judge reverses this decision, and that the laws are changed to close this loophole for good.  We are all guaranteed certain rights under the law…until we break those laws.