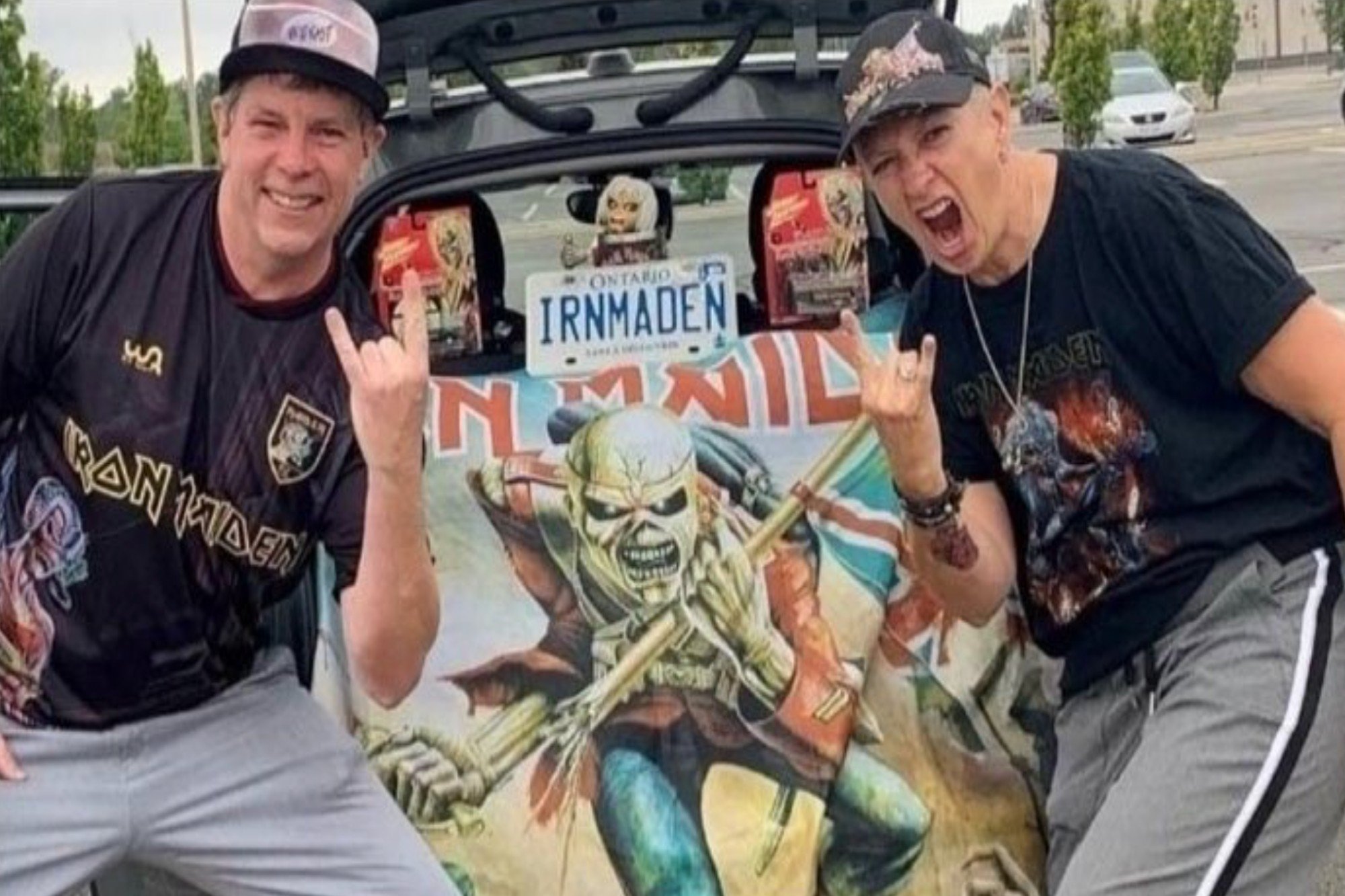 A Canadian high school principal loves Iron Maiden and posts about the band on social media.

They said it was inappropriate for her to post a drawing that featured the symbol “666.”

Parents of high school students in St. Catharine’s, Ontario, Canada have started a petition to remove a school official because of the classic heavy metal band Iron Maiden.

The eighties called and they want their outrage back. First the woman posted this on her private Facebook page. Don’t these parents, some of them that should be Maiden Fans, know that the symbol is just part of the bands fanaticism with evil elements along with war, stories of the tragedy and triumph of of flight and the sea as well as Egyptian mysticism.

Do they also realize that their Lead singer Bruce Dickenson fought and beat cancer, is an accomplished fencer as well as a professional airline pilot that actually flies the bands to their gigs.

The man should be a role model to these kids if the parents actually looked into this. Instead, it is the typical knee jerk reaction that cost people their jobs and lively hoods.

If this woman posted a rap group on her page that had songs about drug use, misogyny and a Gangtsa life would that be okay? Some of the bands during the Super Bowl half time show have. If you look into the band and see their back story you make your decision there and not have a knee jerk reaction to have the person fired.

Now to be fair, the principal that posted her love of Iron maiden needs to use her head as she is a principal has to think about the reaction of things she posts. Posting the 666 symbol was not a bright Idea. She should could have posted Iron Maiden’s mascot Eddie. There are literally hundreds of versions to choose from and would not send the parents to “Run to the hills”

We discuss this live Tuesday February 22 on Davin’s Den 6:30-9:30pm et. Go to davincomedy.com and click listen live or go to our Facebook page and catch us live there too.