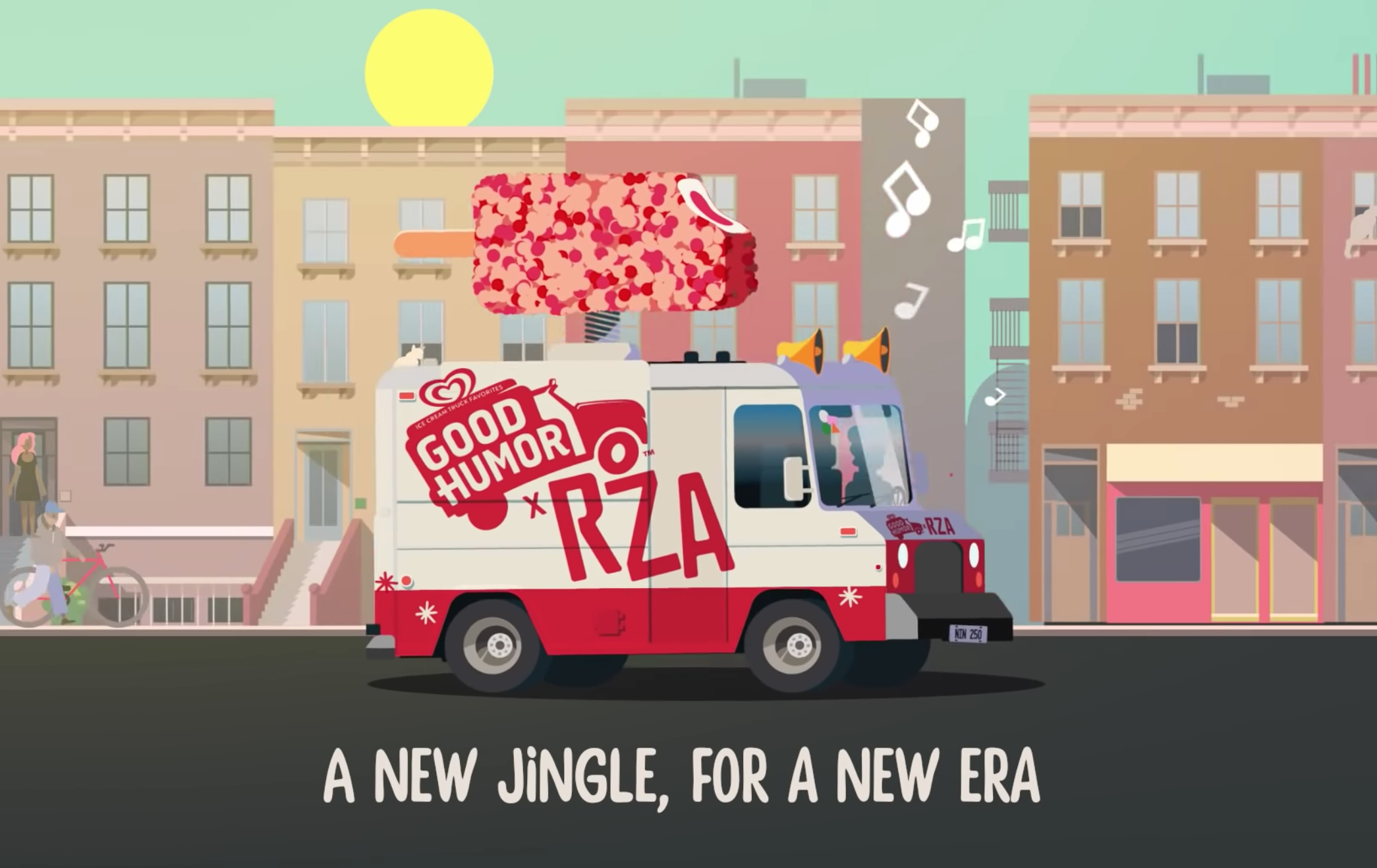 The ice cream truck jingle of your childhood is about to get an upgrade — and RZA is behind it.

The hip-hop icon of Wu-Tang fame has teamed up with the ice cream brand Good Humor to re-imagine the signature “Turkey in the Straw” jingle played by ice cream trucks all over the country. Because as it turns out, the tune has a problematic past.

“Turkey in the Straw” originated from a traditional British tune brought to the American colonies by Scots-Irish immigrants, according to scholar Theodore R. Johnson in his 2014 article for NPR.

The original song has no racial undertones. But the melody to the “Turkey in the Straw” was used by minstrel show performers in blackface and set to very racist lyrics — and that is how it rose to prominence in the US, Johnson wrote. Ice cream parlors throughout the 1800’s commonly played minstrel songs, which were eventually turned into ice cream truck jingles.

If they want to change the music ice Cream truck I could care less. But how ridicules have things gotten that we are questioning the songs they play on an Ice cream truck.

Has anybody ever heard that song from an ice cream truck and thought racism??

This is what I thought when I heard that song as a child, I need to get money from my Mom stat, I have to find her, plead my case, then get her purse, then have to wait as she lit one of the cigarettes she found in her purse before her wallet, Then have to sit through a lecture that she is not made of money and I can’t ask  for it every time the truck comes by. I then got the money and made a mad dash to the truck to get ahead of the other kids. Never once did I think of racism.

Here is what I think when I have heard the song as an adult, I pay some of the highest taxes in the nation so I can hear this out of tune song on a worn-out tape player being played over the neighborhood for three hours. On a summer afternoon if you are doing yard work, or at the park, or sitting on your patio you will hear that song played over, and over, and over again. Summer, after summer I have heard that song and never thought once it was racist. I thought it was as aggravating as having an ice pick being shoved up my nostril, but never racist. But now just like everything else we are all now offended.

There has to be a tipping point where we have stop being offend by everything. If they want to change to the song from RZA that’s okay. But why can’t we just go back the jingling of the bells ?? but I’m sure if we did someone will think of a reason why that’s offensive too.

We discuss this and much more this Tuesday August 25th on Davin’s Den 6:30 to 9:30 PM est. Go to davincomedy.com , click live broadcast and you are there. Or go to the Davin’s Den Facebook page for our live broadcast.