THE CULT OF CELEBRITY IN THE DAYS OF PANDEMIC 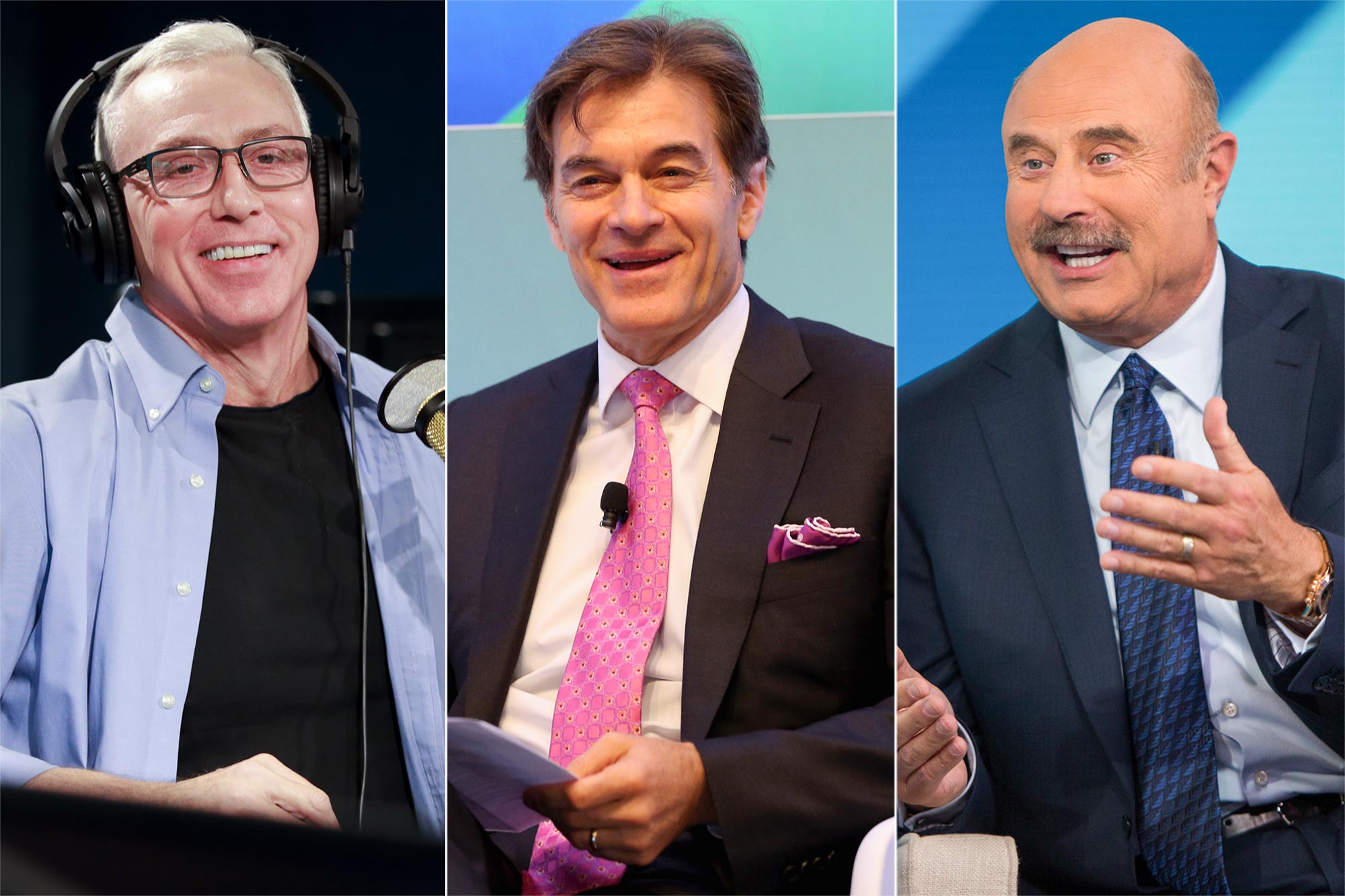 Recently, some famous TV doctors have been offering their opinions on the Covid-19 pandemic. Since our country has been enthralled for years with the cult of celebrity, Americans tend more and more to put more weight on the advice given by television personalities, whether they have the background or education to offer those opinions.  Such is the case with Dr. Phil McGraw, a psychologist, Dr. Drew Pinsky, an internist, and Dr. Mehmet Oz, a cardiothoracic surgeon.

The type of doctor that you want to look to for information and guidance during a pandemic is an epidemiologist, an expert in the field of the spread of contagious disease.  Perhaps, with that in mind, it would behoove the country to pay a lot less attention to the famous TV doctors, just because they are familiar faces.  There are way out of their depth.

Why, for example, would anyone look to Dr. Phil for advice on a pandemic?  He has grown to fame on the strength of giving folksy yet direct counseling to troubled people on television, but he does not have a medical degree.  He was recently spewing out some incorrect statistics on Fox news, and was confused as to why schools were being closed, when they had never been closed before due to lung cancer, car accidents and pool drownings. What this famous expert on infection control forgot was that none of the deaths mentioned were due to any kind of contagion.  And of course I am being sarcastic – He has just about as much authority on this issue as I do.  But I’m not pretending to tell my fellow quarantined what to do. I’m asking you to use some critical thinking regarding who you look to for advice in a time when lives are literally at stake.

Dr. Drew Pinsky, famous for giving love advice on radio and television, and then setting up rehab television for the masses to enjoy the ghoulish spectacle of people trying to drag themselves out of addiction while under a microscope – offered up his opinion that Covid-19 was no more serious or panic-worthy than a normal influenza. However, the CDC reports that the influenza season 2018-2019 lead to 34,200 deaths, and as of the date of this writing, the United States alone has seen 40,565 deaths, and so many more who suffered with the illness…and we are not done.  One look at his body of work should tell people not to pay attention to this pathetic attention seeker, but he apparently still sucks some people in.

The worst of the TV docs has to be the infamous Dr. Oz.  This doctor has sold his soul to become a snake oil salesman of ineffective and harmful products, and was brought up before the FDA for doing just that in 2011.  In a recent interview, he said that he thought that society should re-open, particularly the schools, because there would only be a 2 – 3% uptick in mortalities to do so.

Let that sink in for a moment.

So, on the advice of this TV Doctor, who is not an epidemiologist, society should be okay with an acceptable amount of deaths to get things moving again – prematurely.  Is that 2 – 3% of the school children?  Their parents?  The teachers?

Unfortunately, there is a certain segment of society who doesn’t put any thought into the source of these pronouncements, and who are emboldened by quackery to believe that it’s okay to disobey safety measures that were put in place to help keep the infection rate down to  a level that our medical front line can handle.  That front line is already hampered by lack of personal protective equipment, ventillators, beds, and sheer exhaustion. And the worst of it is that they are also emboldened by our President, who in the desperate wish that this nightmare of presidential proportions will just go away, keeps trying to prematurely open up the economy and tell demonstrators that they should disobey their state government.

But the same folks that will listen to these TV doctors and trust in their unfounded and incorrect advice are the same people who were conned into believing that our POTUS was a successful businessman, because he played one on reality TV. Just because a face on television voices an opinion does not make it true, reliable or safe.  This is the time to turn off the celebrity-worshiping part of the brain and reach down into the sensible portion that knows that information is only as good as its source.