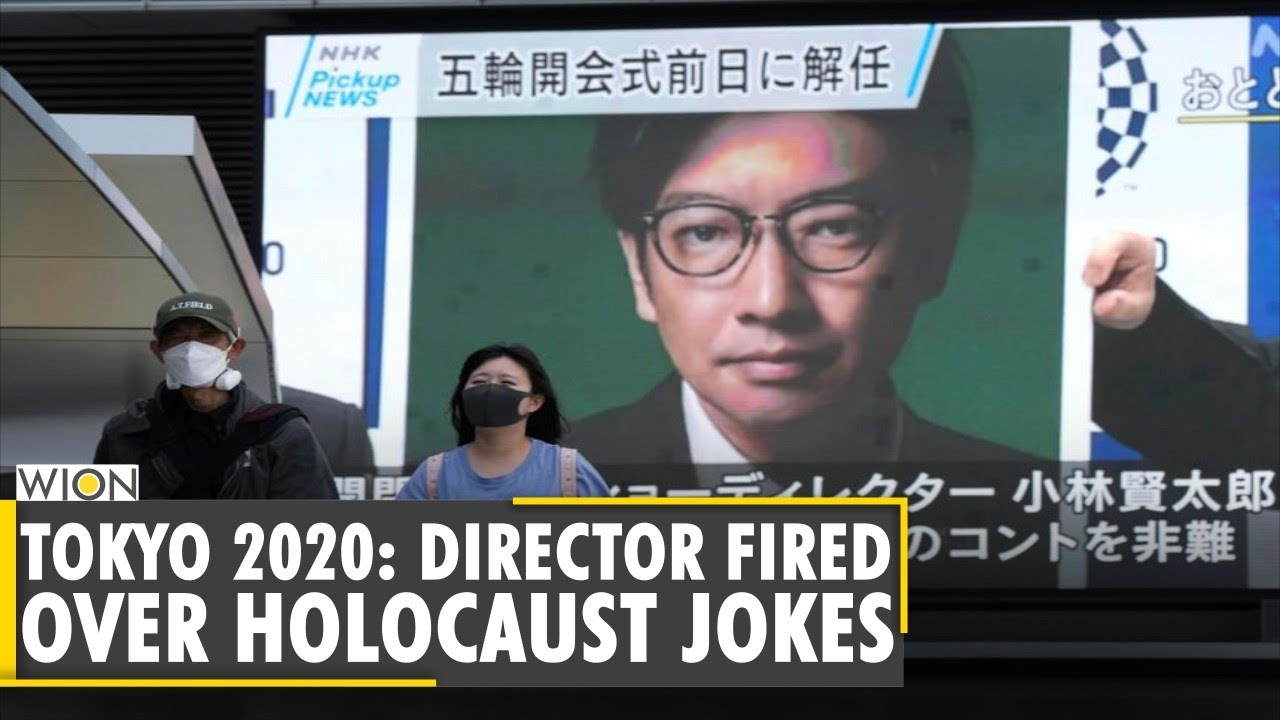 The Director of the Tokyo 2020 Olympics Opening Ceremonies was fired the day before the ceremonies because of a Holocaust joke he told in 1998. Kentaro Kobayashi, who according to Google is a Japanese comedian, actor, theatre director and manga artist, made the joke in 1998. His firing came during a flurry of scandals for the Olympics. A composer for some of the Opening Ceremonies music had his music removed because he was bragging about having been a school bully in magazine interviews.  Also, some scandal regarding possible bribes to have Tokyo become the host city were still being investigated.

Unfortunately, most of the news stories regarding the event do not give any more context to the joke, or the joke itself, so in order to understand the situation better, I did a little digging.  According to a You Tube video on a channel called “What the Japanese are talking about this week”, the context in which the joke was told was a skit by a comedy duo called Rahmens he used to belong to.  The skit was a satire of a popular children’s show in Japan, and the two players were discussing the viewers’ complaints they had received, such at the start time being 1 a.m., and that they shouldn’t be smoking or stripping during the show.

The two characters continued, talking about ideas for their next show, including creating a bat out of paper (apparently a feature of the real children’s show was paper folding), and using the bat to beat up the audience.  The second actor pantomimed bringing over a box full of paper dolls that they already had to represent the audience, which were from their past idea of playing Holocaust. Kobayashi’s character says the game was to be Play Holocaust, and the other character agrees.  Then they discuss how angry their producer was about that idea and how they could not perform that on the show.

In the context of the scandals and the firing of the composer for bullying, it seems that there was a move to try to uncover any other possible scandals, and the 23-year-old skit was posted to Twitter.  Kobayashi admitted that when he was young (his early 20’s), he sometimes didn’t think he was funny enough without saying things truly outrageous, and this was obviously a case of that.  He has since realized that entertainment should not make people uncomfortable, and he was apologetic about the skit.

The skit and all the jokes within were told as satire of a children’s show.  Young comedians were trying to be edgy and strayed way too far from good taste and decency.  If the You Tube video I watched which included the translation of the skit and commentary is to be believed, although Japanese culture respects Jewish people, they do not truly understand the entirety of the Holocaust, and what it means to Jews, and the world in general.  Young Japanese pop groups have recently worn Swastika onstage, and the commentator on the video said that since Japanese culture in so insular, they don’t really expect that the wider world will be consuming their entertainment.

Obviously, making jokes about or trivializing the Holocaust is wrong, one of the most obvious cases of “too soon”. In this case of a young, edgy comedian telling a tasteless joke as satire 23 years ago, I think that it could be used as a teaching point, rather than a reason to fire him. Many comedians were given a wider berth years ago than they are now, in terms of how edgy and outrageous they could be, without being canceled.  Over the course of 23 years, the public’s taste changes, mores change, men grow up. How about instead of digging back into comedians’ history to take jokes out of the context of the time period and excoriating them for it, how about taking the knowledge that young Japan doesn’t understand the tragedy of the Holocaust and teaching them?

PrevPreviousHey, Teacher, leave those kids alone.
NextTHE DEVIL IS IN THE DETAILSNext