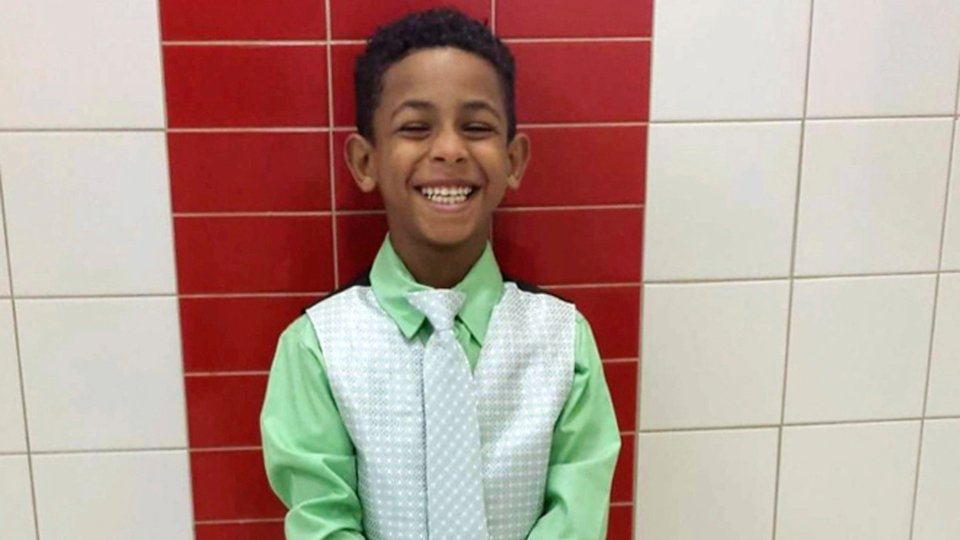 Share on facebook
Share on twitter
Share on pinterest
This poor kid. This poor little eight-year-old boy, bullied and beaten at school to the point of unconsciousness. He must’ve been terrified to go back to school the next day. He may have been too afraid and humiliated to tell his parents that he was beaten and left on the floor of the school bathroom.
The news story we read for the show came with a still photo taken from the school security camera. It clearly shows the boy’s motionless legs on the bathroom floor, while he was surrounded by some other boys.  The story doesn’t say that the school noticed that footage of the assault, one would imagine that someone would have seen, or found his body on the floor. It isn’t yet clear.
But the little boy had apparently had enough of the bullying, which he had endured since the first grade. This scared little third grader hung himself.
Now his poor, shattered parents have to try to figure out why no one at the school told them about the extent of the bullying, and the bathroom assault.
How is it possible that the school didn’t know what was going on? In the times before security cameras in schools, and before schools were chastened for allowing bullying to continue, I experienced a lesser level of bullying at school. Some of the teachers were aware, and a select few were actually amused. But that was then. We have supposedly made great strides in this area. Or have we?
If the school was aware of the horrible assaults on this poor boy, and didn’t inform the parents, shame on them. The parents deserve the right to sue the school for severely dropping the ball. How can parents make the best decisions for their children when the school is negligent on their watch…or worse, if they were covering it up. I have no evidence to support either thing, and I’m not suggesting that the school is definitely at fault. However, if there was knowledge of those events, and a decision was made to not tell the parents, I support their right to sue.
And even if they do sue, to find the truth, to hold the school accountable for any wrongdoing or mistakes…none of that brings back their precious son.
This is a tragedy. Bullying is not a tool to use to toughen kids up. It’s abuse.
PrevPreviousNO GUNS FOR YOU
NextValentine’s Day Mine FieldNext