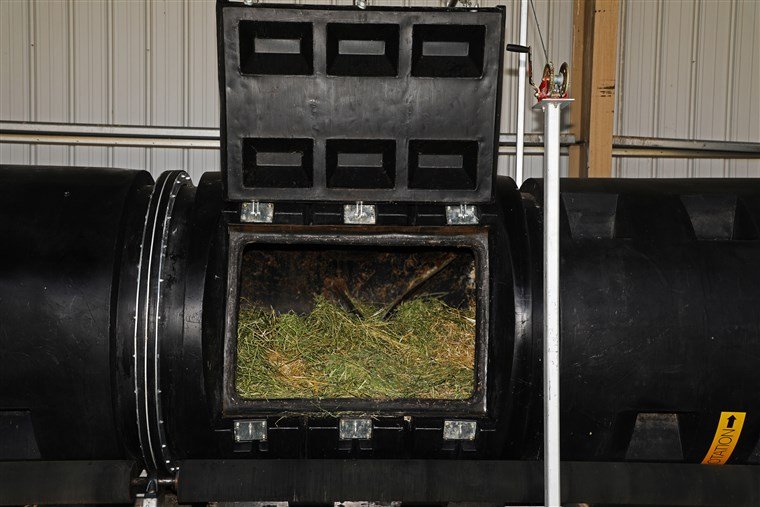 People in Washington state can now literally push up daisies after their death — as the first human composting efforts in the country recently began there, according to a new report.

The family of the deceased can decide to keep all of it, or donate a portion to Herland Forest to help grow new trees in the cemetery.

Composting is now the only legal way for Washingtonians to be laid to rest on their own property, though in the form of mulch, according to the outlet..

I think this is a great idea, at this point in my life I need to decide what happens when it’s curtains. I don’t know where I want to go, the cemetery, the mausoleum, or cremated and put in a jar.

I have put thought into this as when you go to a viewing and you see the body, it’s an empty vessel and in my belief the sprit has left the body. At that time I figure I will be somewhere else, most likely trying to outrun a pitch fork in a very warm climate.

With no spouse or real next of kin I really have to have my arrangements in place.

One option is to be buried by my parents. I saw a plot about twenty feet from my parents, It’s close and when my parents start fighting, I can say “well I gotta go” and be home in no time.

Cremation I don’t like, I’m not a fan of fire and what’s going to happen to me then? I really have no next of kin, my ex wife would keep me in a box in a storage unit by our old silverware. Plus, what if we rise from the dead, now what, I have to live in an ashtray. I also don’t want to be put in a jar so some asshole can drop me and now I’m in eternity in a dirty Hoover bag.

I have seen people have niches in mausoleums, they put you in a jar, and you are in a display case for forever like some cheap piece of jewelry.

I am not crazy about mausoleums anyway, you’re above ground forever, and who knows what’s going to happen in one thousand, two thousand, and ten thousand years? I don’t want my resting place destroyed and my bones in the street due to the great Martian war of 4025.

Composting sounds great. You can be one with the earth and even better yet one with the places that meant the most in your life.

So, when it’s the end of the line, treat me like a bag of leaves and compost me, then spread me like manure in two happiest places I was in my life, the back yard of my old house and the woods of my new one.

We will discuss this live on Davin’s Den. Tuesday January 26th  6:30-9:30 pm. Go to davincomedy.com and click live broadcast or see us live on our Davin’s Den Facebook page.

PrevPreviousWhite teen pushed out of college after video of her saying N-word at 15 resurfaces
NextNBA: All teams will play national anthem ‘in keeping with longstanding league policy’Next