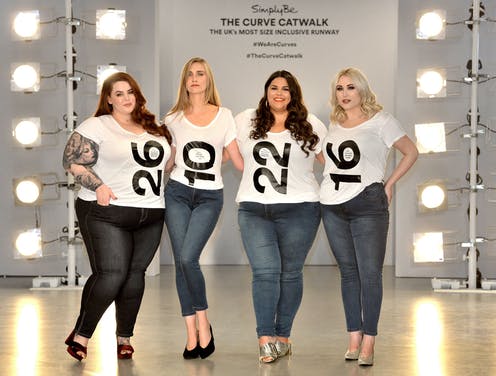 Share on facebook
Share on twitter
Share on pinterest
One of the stories we will discuss on the October 8th show is the issue of body shaming. A 9 year old student refused to answer the following math problem in school:
” The table to the right shows the weight of three Grade 4 students. How much heavier is Isabell than the lightest student?”
When the student read the problem, she decided that it was body-shaming the student named Isabel. Then, her parents and the teacher agreed with her.
Now, I have said before that overweight people are possibly the last class of people that society finds nothing wrong with tormenting. However, I think that the child is being a bit over sensitive, and so are the adults championing her “cause”.
The word problem made no critical or judging statements about Isabel. The problem was merely quantifying the amount the child weighed against the weight of other children.  This wasn’t a judgement – it was a fact. A numerical, quantifiable fact. The problem didn’t say, for example, “How much fatter is Isabel…” or some such negative and pejorative language. I think this was a case of everyone reading into things.
James Cordon recently took comedian Bill Maher to task for fat shaming jokes, and how hurtful they can be, and how it tends to normalize bullying fat people. This is something I agree with. Should Bill Maher stop telling these jokes? No, I don’t want to suggest that. But his comments are clearly pejorative, and mean. The math problem? Not at all.
Whenever someone is trying to protect a vulnerable class of people from being put down, taken advantage of, or abused, there is a delicate balance, a measure to be taken if you’ll pardon the pun, of what is truly an offence, and what is someone looking for offence. In this case, I believe it’s the latter.
And it’s always a shame when someone does that, takes up the cause for a weak or sometimes imagined offence, because it weakens the argument for change. If the unenlightened, not “woke”, perceived that the offended will be too easily offended, or make an offence out of nothing, it dilutes the whole argument. This makes the argument against fat-shaming weaker, and look a bit ridiculous.
The last thing you want to do is make your cause look ridiculous. I’m looking at you, vagina hat wearers. Sigh.
PrevPreviousPOUNDING HIS EXHAUST SYSTEM CHEST
NextHALLOWEEN BRIDE COSTUMESNext