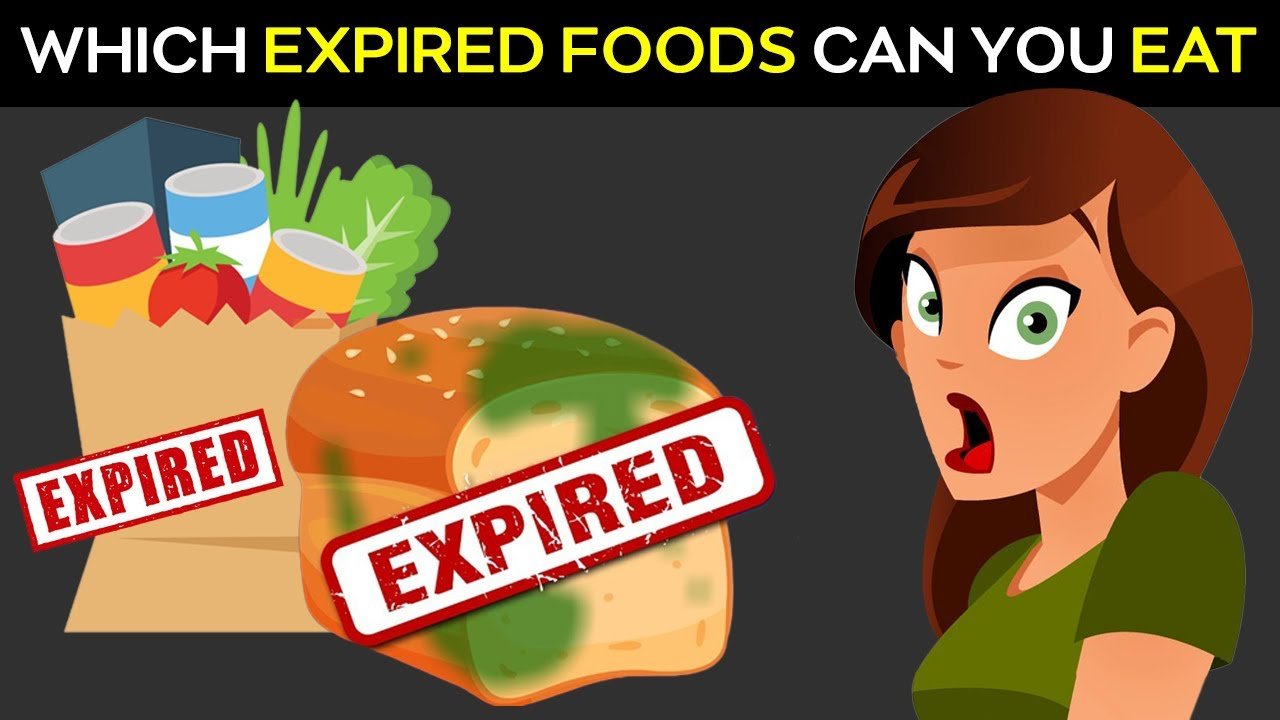 Australian food scientists have revealed the truth behind expiry dates

Use-by dates are given to perishable and potentially unsafe products such as seafood, meat and chicken, which should never be eaten after their use-by due to the risk of food-borne illnesses such as salmonella and listeria.

Best-before dates are commonly found on less perishable items such as spreads, sauces and dried fruit, as well as dry staples including flour and pasta.

They say there’s a crucial distinction between ‘use-by’ and ‘best-before’ stamps.

That distinction is me going about my day, or barking like a sea lion over the toilet if something goes wrong.

When I was younger, I had a cast iron stomach, I could eat anything with the exception of eggplant which gives me agita and milk chocolate which makes me sneeze after that I have been fine.

As I have gotten older my cast iron stomach has started to turn into paper mâché.

Not only has my stomach been more sensitive, but I’m a diabetic as well which adds to the fun when I’m food shopping.

In the past several years I have paid real attention to expiration dates. An example of this was this Dutch potato salad the local super market had. I brought it home and noticed that sell by date had expired two weeks prior. I brought the item back to the courtesy desk and explained the situation and they returned my money.

I went back out to get another one and they all were two weeks past the sell by date. I told the deli manager who could care less and said that the vendor has to remove them.

My problem is they should have been removed immediately and a product that includes eggs and mayonnaise the sell by date is the expiration date.

When you go to the supermarket and you see a lowered price or a two for one price on perishable item you must immediately need to look at the sell by date on the item. Unless it can be frozen is it a bargain if you have to eat it in two days?

For example, when you see steak on sale such as a London broil, look at that sell by date. Well joe you just said above that if you freeze it its fine. But here’s the deal, even though it may look red on the outside it most likely will have streaks of grey on the inside which means its really not as fresh as it should be.

You also have to check the expiration dates on eggs. I like when I go to my nephew’s farm. I always bring back eggs and I know they are fresh because I petted the chicken that laid them.

As I usually have the show, a gig, a rehearsal or a work shop on the schedule I have to be very conscience of what I eat. One day at the day program I had something for lunch that was past its sell by date. By three o’clock I was in the bathroom paying the price. Band practice was after work in Jersey. I live on long Island and would take sitting in two hours of rush hour traffic to get there. Not going to happen as I would probably be adding an H into sitting. I had to do something I have only done twice in my thirty years as a musician and tell the guys I could not make it to rehearsal. They understood and sent me coupons for Depends.

My band leader lectured me that I have to watch what I eat so that wouldn’t happen. I told him I do and I also never cancel practice. I almost had the guitar player in my other band who is like my brother and built my work ethic, have never canceled practice and call him and explain that I know and that shit happens especially when you trust a sell by date.

My mom taught me “when in doubt throw it out” and to me the sell by date is the end of the story.

Speaking of stories, my radio cohost decided to have chicken salad she left out on the counter for two days. Maybe she will tell you the story live on Davin’s Den this Tuesday July 20th 6:30-9:30 est. go to davincomedy.com, click live broadcast and you are there. Also go to our Davin’s Den Facebook page as well.